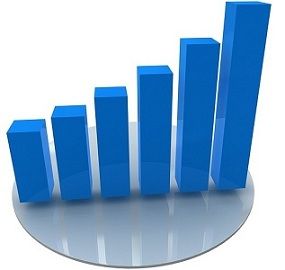 CPI and RPI are two popular methods of measuring inflation. As both indexes use a basket of goods for calculating inflation, it is hard to differentiate them. While, Consumer Price Index (CPI) which is projected, by taking the average price of the economic output purchased by the consumers as a base, while Retail Price Index or RPI measures the variations in prices of retail economic output.

The first and foremost difference between CPI and RPI is that While the consumer picee index excludes mortgage interest payments, the retail price index includes the same. To understand inflation correctly, it is very important to learn about these indexes, so have a glance at the article presented below.

The index used to measure the weighted average prices of a representative basket of consumer goods and services like food, mediciglancelothes, transportation and so on, in an economy is known as Consumer Price Index or CPI. The index presents the inflation effect on the purchasing power by comparing the present prices of the basket of consumer goods and services with the prices prevailing during the same period last year. It is considered as one of the important measures; that decides the cost of living.

For the purpose of calculation of CPI, the consumption items are classified into categories and sub-categories, depending on the type of consumer like urban or rural. On the basis of indices and sub-indices, an overall index is calculated. In general, national statistical agencies are responsible for the calculation of CPI.

RPI, an acronym for Retail Price Index. It is a statistics that calculates the variations in the cost of a market basket of retail goods and services. It was first introduced in the year 1947, as a compensation index. The Office of National Statistics, in the United Kingdom, publishes the measure of inflation, on a monthly basis. The annual rate produced by the organisation serves as a benchmark; that helps to adjust inflation-indexed allowances, pensions, salaries and wages.

RPI expresses the changes in the prices of a fixed basket of consumer goods and services over time. Weighting is given to the items, by their relevance.

Key Differences Between CPI and RPI

The basic points of difference between CPI and RPI are listed below:

Both CPI and RPI, reports the price changes, i.e. what is the cost of goods and services last year and what they cost at present. The basic cause of the differences in the figures of these two indexes is that these two estimates price changes but their target audience is different. Moreover, there are certain items that are covered in the CPI but not in RPI. In the same way, there are several items which are included in RPI but excluded while calculating CPI. Furthermore, they are calculated using different formulas, which also adds to the difference between these two.

Difference Between Wholesale and Retail