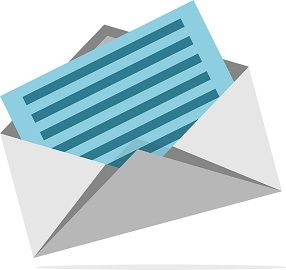 A memorandum or shortly known as a memo is a precise official note, used to inform, direct or advise the members within the same organisation. However, the business deals with a number of external parties such as customers, clients, suppliers, government agencies, manufacturers, societies, etc. for which a different tool of communication is used, called as a business letter. A letter refers to a brief message sent by the company to the person or entity, which are outsiders.

Large corporations require an effective system for communication of information and messages, promptly, within and outside the organisation. In this context, the telephone is one of the easiest and convenient ways for instant communication, but when it comes to evidence, written modes are considered best. Written records include memos, notes, letters, circulars and orders, which are used by the organisation.

The article presented to you attempts to shed light on the difference between memo and letter.

The primary objective of memos is to disseminate business policies, procedures or related official business. These are written in one to all perspective and can serve different purposes like conveying news, directions and information to multiple recipients, calling people to action or meeting.

One can use an informal tone and personal pronouns in the memo. There is no requirement to use a salutation and complimentary close.

A business letter can be defined as the form of written communication, that contains a long message, addressed to the party external to the organisation, i.e. supplier, customer, manufacturer or client. It starts with a salutation, written professionally in the third person and has a complementary close with a signature.

The relationship between the sender and receiver plays a significant role in determining, the overall style in which the letter is drafted. These are used for a number of reasons such as a request for information or feedback, order placement, making complaints or grievances, enquiring something or taking follow-up.

The letter is printed, typed or written on the letterhead paper, which contains the details of the company like name, address, logo, etc. As business letters serve as evidence for both the parties concerned, so it needs to be polite, courteous and respectful to gain immediate response.

Key Differences Between Memo and Letter

The points presented below explain the difference between memo and letter:

A memo is an essential tool for business communication, which is used to transmit a particular information to many individuals working in the same organisation. It has a great role to play in recording the day to day business activities and can be used for future reference.

In contrast, letters are considered as the best mode of written communication, that can be used for giving or seeking information to/from an external party. It helps to persuade the receiver, to do as per the will of the writer.

Difference Between Internal and External Communication

Difference Between Invoice and Cash Memo