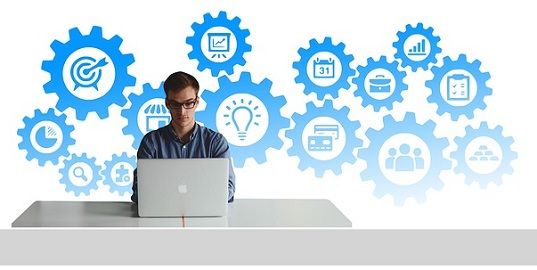 Capital alludes to the company’s wealth in the form of money or assets, that can be utilized for commencing a business or investing in a running business, to generate more money. It can be of two types physical capital or human capital. The physical capital implies the capital which is tangible in nature, such as money, plant and machinery, furniture and fixture, building etc.

On the contrary, human capital is relatively a new concept, which implies the collection of an individual’s skills, abilities, talent, knowledge, etc, used by the company to meet out its long term goals. It is not owned by the company, but by the employees, which they rent to companies for adequate consideration.

Take a read of the article excerpt that attempts to shed light on the differences between physical capital and human capital.

In economics, the term ‘physical capital’ is used to denote the inputs (factor of production) or man-made goods, which are owned by the company such as computers, machinery, equipment, tools and so forth. It is used in the production process to enable conversion of raw material into finished goods.

When one wants to start a company, a huge amount of physical capital is invested in the initial stage, so that the company can mark its existence in the marketplace.

On the basis of sufficient knowledge, decision is taken to invest in the physical capital. For this purpose the entrepreneur, finds out the expected returns from the range of investments and then the one, generating relatively higher return is chosen. Therefore, the ownership of physical capital is a result of planned and conscious decision of the entrepreneur.

Human Capital connotes the experience which an employee takes to the organization in the form of knowledge, skills, abilities, talents, intelligence, values etc. which he/she has accrued over time. As a result, the employees are perceived as an asset, whose value can be increased, by investing in their training and development, like any other asset of the company.

The concept makes it clear that all the employees at work, are not equal and they differ in their proficiencies.

Simply put, it portrays the aggregate value of the firm’s intellectual capital, which is a sustained source of creativity and innovation. It is a standard used to ascertain the economic value of an employee’s skill set.

Human capital is not owned by the company rather rented from employees, and so there remains an uncertainty of being lost, when the employee leaves the organization.

The substantial differences between physical capital and human capital are outlined below:

When a company invests in its physical and human capital it leads to improvement in the overall level of performance of the business entity, as well as in decision making. Both physical capital and human capital are two building blocks, whose combined use can lead to the production of goods and services.