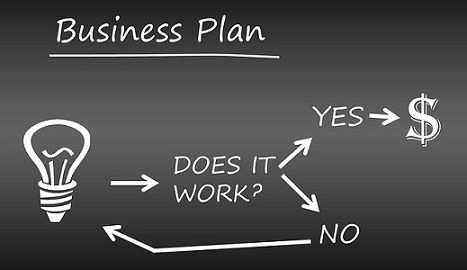 In a business environment, firms use various techniques, to survive, compete and grow in the long run. These techniques can be called as tactics and strategy. Tactics are the actions, projects or events, to reach a particular point or the desired end, whereas the Strategy is defined as a game plan, which can help the organization to achieve its mission and objectives.

These terms are used very often, when we talk about competition among firms at the market. While tactics refers to the moves which businesses adopt, to achieve a specific result. On the other hand, strategy implies a blueprint, that leads the organization to its vision. The scope of the strategy is bigger than tactics, in a sense that there can be some tactics in a single strategy. Moreover, the two should go in tandem or else, the business may have to face failure.

So if you are also looking for the difference between tactics and strategy, this article will help you in understanding the terms.

The word tactic is an ancient Greek origin of term ‘taktike’ which means ‘art of arrangement.’ To put simply, tactics refers to the skill of dealing or handling difficult situations, to achieve a specific goal. It is defined as a process that integrates all the resources of the firm like men, material, method, machinery, and money, to cope up with the changing situation immediately. It can be a caution that prevents the organization from uncertainties.

Tactics are subordinate to, as well as in support of the strategy. There can be an end number of tactics in a single strategy. Formulated by the middle-level management, i.e. department heads or divisional managers are responsible for making tactics considering the company’s overall strategy. They are made according to the prevalent market conditions. Hence, changes are frequently made.

A master plan, designed by the organization to fulfill its overall objectives is known as a strategy. In simple terms, the strategy is defined as a comprehensive plan, made to defeat the enemies in the battle. It has the same meaning in the business context also.

The strategy is a combination of corporate moves and actions, used by the management to attain a competitive market position, carry on its operations, making best possible use of scarce resources attract more and more customers to compete in the market efficiently and achieve organizational objectives. Strategies are action oriented and based on practical considerations, not on assumptions.

The strategy is formulated by the top level management, i.e. Board of Directors (BOD), Senior Executives, or the Chief Executive Officer (CEO). Its formulation requires an in-depth analysis regarding:

Key Differences Between Tactics and Strategy

The following are the major differences between tactics and strategy:

The strategy is about choosing the best plan for accomplishing long-term goals of the organization. Tactics instant reaction of the organization, in response to the changing business environment. For a business entity, both the tactics and strategy are important. It should be kept in mind while making strategies or tactics that the tactics match with the strategy. Similarly, the strategy should consider the tactics. If these two work in tandem, then the outcome will always be positive, and the risk of failure will be reduced to a large extent.