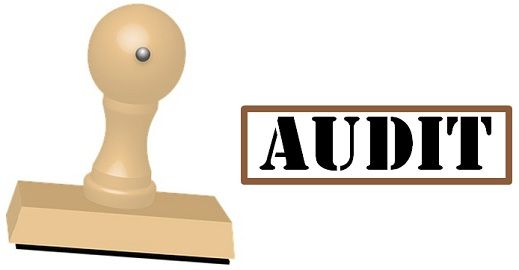 Audit Plan refers to the scheme formulated by the auditor that comprises of strategy or approach, that is followed for carrying out audit. On the other hand, audit programme implies a range of verification procedures, which are applied to the final accounts, to acquire audit evidence, and thus helping auditor in providing an informed opinion.

While conducting the audit, the auditor requires evidence, in support of his opinion. A collection of evidence is the beginning of the auditing process. And to do so, an auditor, drafts a proper sketch of work, along with the techniques. Audit Plan and Audit Programmes are the two major tools used by the auditor for this purpose.

To a layperson, there is no difference between these two, but the fact is there is a fine line of demarcation amidst audit plan and audit programme, which we’ve compiled in the given article. Have a look.

Audit Plan can be understood as the plan for carrying out the audit of an organization, which comprises of strategies or guidelines.

Audit Plan is the fundamental principle of the audit, which says that the auditor should acquire details of the business undertaken by the client. This is to ascertain the nature, time and extent of audit procedures, which is carried out by the engagement team members. Besides other facts, it should be developed to cover:

An audit programme is the blueprint of the audit plan, which specifies, how the audit is to be performed, who is going to perform and what are the steps to be followed for conducting the same. It is a set of instructions, which audit staff pursues, for proper execution of audit.

Once the audit plan is formulated, an audit programme, comprising of various steps, is developed. It is nothing but a comprehensive plan for implementing audit procedures, in specific conditions, with directions for selecting the appropriate method for attaining audit objectives. It is primarily based on the size of the entity and similar other factors.

The audit programme determines what and how much evidence or facts are to be obtained and analyzed. Further, it chalks out responsibilities for the audit staff, to conduct the audit. The audit programme should be flexible enough to be revised, as per the prevailing conditions.

The difference between audit plan and audit programme can be drawn clearly on the following grounds:

Audit evidence, play a crucial role in auditing, as they provide the reasons, to believe that whether a particular thing is true or not. Both audit plan and audit programmes are helpful in obtaining the relevant evidence, so as to support auditor’s opinion on the report. Moreover, they keep audit cost at the reasonable level and also keeps a check on the activities of the business, if implemented in an effective way.

Difference Between Vouching and Verification