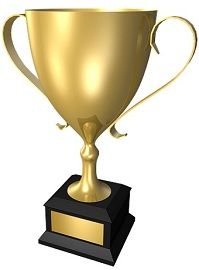 Award and Reward sound same but their meanings are quite different. Although, both are valuable for any person as they give a sense of satisfaction and respect, in return for their work. An Award is conferred in front of the mass public for excellence, but Reward may or may not be given in public, it is a kind of compensation given to a person for their good work.

An award can be understood as the prize or any other equivalent mark of recognition, endowed to honor an achievement. On the other hand, reward alludes to something given in recognition to someone, for the efforts or service provided by them.

The award is a recognition which is conferred to individuals or an organization for achieving something great. They are generally in the form of gifts, prizes, trophies, accolade, cash, certificates, etc. Awards are a mark of someone’s excellence or immense contribution in a specific field. They are also given when someone breaks a record.

The importance of any award is based upon the reputation or status of the award giver i.e. awarder. Normally, an award function is organized for giving an award. Nominations are made for each award to disclose the name of equally eligible and competent personalities. The individuals or organizations who fulfill the specified criteria are thus nominated, and finally, the best man among all is awarded. The decision to choose the best man is a difficult task, so the judgment to pick the right person is done by either a panel of experts or by voting where people selects the winner or by award organizers.

Below are the names of some popular awards:

The reward is the benefit (monetary or otherwise) given to an individual for his hard work to achieve something. It is the fair return for the services rendered, by an individual.

A reward is a gratitude, given for good work, faithfulness, helping some when he is in need. It is a sort of motivation or incentive to acknowledge a person’s effort in completing something. The rewards are not publicized, they are given in private, but can be given in front of the public too.

In big organizations, employees are rewarded when they meet out the target in the specified time or for their high performance, so they are given increment in their salaries, or they are promoted to a higher position. This is done to encourage their hard work in the future.

Key Differences Between Award and Reward

The following are the major differences between award and reward:

Keeping aside the above differences, there are some things in common, in the two terms like they both are a symbol of something positive is done, which is of great value and recognition in the eyes of people. Moreover, it is also a sign of pride as well as admiration, that an individual has achieved something, for which he tried really hard and due to his full dedication, devotion, and determination, he got success.

Difference Between Intrinsic and Extrinsic Motivation

Difference Between Communism and Socialism

Difference Between Reward and Incentive