When we think about motivation, the first thing that strikes our mind is its source – internal or external. Intrinsic Motivation can best be described as behaviour directed by internal rewards. As opposed, extrinsic motivation refers to the motivation based on external needs of a person such as money, position, grades, etc.

Motivation can be understood as the invisible force that moves, activates or pushes people and causes them to act. It is something that incites a person into action and makes him continue the course of action with enthusiasm, to accomplish the desired goals. 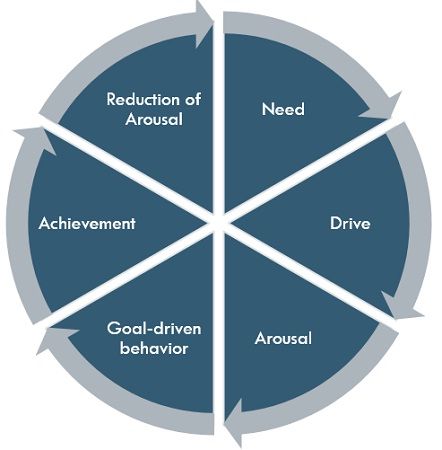 Intrinsic motivation is one in which the person’s behaviour gets motivation from an internal desire to do or achieve something, for own sake. It initiates from feelings of achievement, satisfaction, accomplishment rather than any outside incentive, pressure, deadline, etc.

Simply put, the motivation to adopt a certain behaviour comes from within, as it is naturally satisfying. It arises out of fun, challenge, interest, etc. The source of motivation is inherent to the task and so the person is automatically involved in the task.

Moreover, it is related to the state of self-actualization, wherein the contentment of attaining something invaluable motivates the person again, so the motivation is autogenerated and it has nothing to do with financial rewards.

Intrinsic motivation yields a high quality of work, the accomplishment of tasks in a timely manner, meeting challenges and gaining excellence in the task.

Extrinsic motivation refers to the type of motivation wherein the motivation is due to external forces, which pushes you to do or achieve something with the aim of earning a reward or avoid negative consequences.

This type of motivation is based on the fact that if human behaviour is positively rewarded for the work done, it tends to be repeated. Nevertheless, the reward of such behaviour has to be powerful and long-lasting so that it improves, its occurrence probability.

So far, monetary reward is regarded as the best incentive for desired behaviour. However, it has been argued that whether money actually motivates people or it simply pushes them to work. This can include higher pay, add on benefits like retirement plans, profit-sharing scheme, paid vacations, health insurance, food coupons, etc.

The difference between intrinsic and extrinsic motivation can be drawn clearly on the following grounds:

Motivation is an inner force which drives the employee’s behaviour. These are based on needs, rewards and efforts. Both types of motivation are important in life. Intrinsic Motivation is the arises from within which instigates a person to perform an activity, for his/her own satisfaction. On the other extreme, extrinsic motivation is when you do something because of an external force and not for inner fulfilment.

Difference Between Reward and Incentive

Difference Between Award and Reward

Difference Between Reinforcement and Punishment

Difference Between Motivation and Inspiration