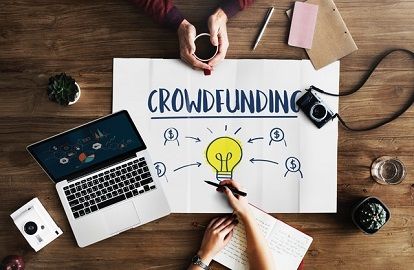 In the business world, crowdfunding has evolved as one of the fastest growing industry, which aimed at changing the way in which entrepreneurs raise money and also the mindset of people to invest their money in established companies only.

Traditional fundraising for a business project or venture encompasses pitching a few investors, banks or venture capitalists for a hefty sum. But in crowdfunding, the ‘crowd’ funds the idea or project, through an online platform, i.e. internet is used to communicate with people who can contribute in relatively small amounts in the business idea, project or venture, to help it get off the ground.

Pros and cons are associated with both crowdfunding and traditional fundraising, which we have discussed in the article below, along with the differences.

Crowdfunding is a combination of crowdsourcing and microfinancing, wherein budding companies or entrepreneurs raise money in relatively small amounts to finance a project or business venture, from masses, by way of the internet to connect with the potential investors.

In crowdfunding, the small businessmen or entrepreneurs showcase their idea by posting video links, information and other details, to communicate the innovativeness and profitability to the large group of people, through an online platform, i.e. crowdfunding websites or social media.

Traditional Fundraising is when an individual or company uses conventional sources to raise funds for executing the idea or furthering the business operations.

In a traditional fundraising, the person with an idea or project in mind, seeks volitional monetary contribution for which the individual and his/her team contacts to High Net worth individuals, government agencies, banks, businesses, charitable foundations etc. to invest in the venture or provide funds for commencing operations in that direction. The sources of traditional fundraising are:

The difference between crowdfunding and traditional fundraising can be drawn clearly on the following grounds: 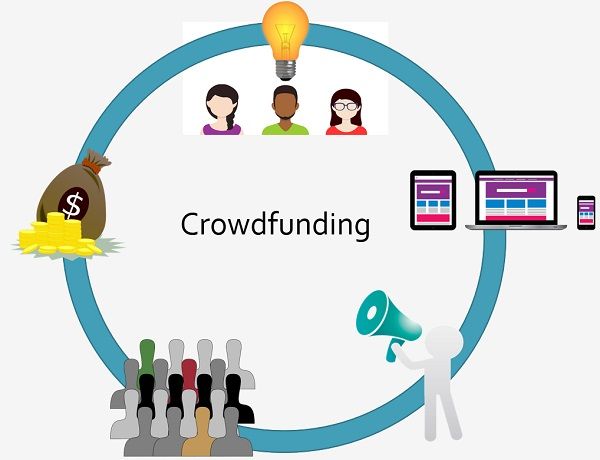 Crowdfunding is an emerging mode of raising finance from anyone having money, wherein entrepreneurs get an opportunity to arrange millions, from a pool of investors who are ready to invest in their business venture or project, through a crowdfunding website such as Kickstarter, Indiegogo, Peerbackers, etc.

In crowdfunding, a forum is provided to those entrepreneurs and small businessman who has an idea but seek funds to make it real. The fund seekers can make a profile and post the details of their idea, project or venture, on the website and pitch it before the potential investors, rather than raising loan from the bank.

The investors invest in those projects whose idea is one in a million and has the potential to turn out as a big hit. The amount spent by the investors in crowdfunding is usually small, but there are thousands of investors, who select from a range of projects to pledge their cash in exchange for return or without it.

Moreover, the fund seekers can also parallelly use social media, to raise funds out of their social circle of friends, relatives, colleagues and acquaintances.

Now you must be wondering how these crowdfunding websites generate revenue? Well, these websites make money out of the percentage of funds so raised.

To sum up, Traditional fundraising is one in which where the small businessmen or entrepreneurs present their idea before several wealthy investors and banks, intending to obtain funding for the project. On the other hand, crowdfunding refers to a practice of funding wherein thousands of people voluntarily contribute in the idea or project in which they believe, to help it grow, through a website or social media platform.

Difference Between FDI and FII

Difference Between Traditional Commerce and e-Commerce