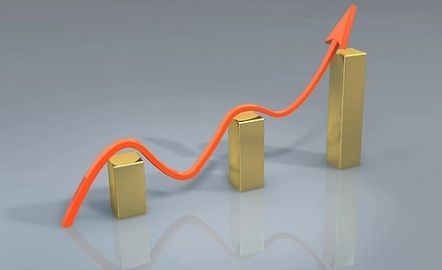 Economic Growth refers to the rise in the value of everything produced in the economy. It implies the yearly increase in the country’s GDP or GNP, in percentage terms. It alludes to a considerable rise in the per-capita national product, over a period, i.e. the growth rate of increase in total output, must be greater than the population growth rate.

Economic Growth is often contrasted with Economic Development, which is defined as the increase in the economic wealth of a country or a particular area, for the welfare of its residents. Here, you should know that economic growth is an essential but not the only condition for economic development.

The economic trend in a country as a whole is the major component of its business environment. An economy whose growth rate is high provides a promising business prospect and thus builds business confidence. In this post, you will find all the substantial differences between these two.

Economic Growth is defined as the rise in the money value of goods and services produced by all the sectors of the economy per head during a particular period. It is a quantitative measure that shows the increase in the number of commercial transactions in an economy.

Economic growth can be expressed in terms of gross domestic product (GDP) and gross national product (GNP), which helps in measuring the size of the economy. It lets us compare in absolute and percentage change, i.e. how much an economy has progressed since last year. It is an outcome of the increase in the quality and quantity of resources and advancement of technology.

Economic Development is defined as the process of increase in volume of production along with the improvement in technology, a rise in the level of living, institutional changes, etc. In short, it is the progress in the socio-economic structure of the economy.

Human Development Index (HDI) is the appropriate tool to gauge the development in the economy. Based on the development, the HDI statistics rank countries. It considers the overall development in an economy regarding the standard of living, GDP, living conditions, technological advancement, improvement in self-esteem needs, the creation of opportunities, per capita income, infrastructural and industrial development, and much more.

The fundamental differences between economic growth and development are explained in the points given below:

To understand the two terms, we will take an example of a human being. The term growth of human beings simply means the increase in their height and weight which is purely physical. But if you talk about human development, it will take into account both the physical and abstract aspects like maturity level, attitudes, habits, behaviour, feelings, intelligence, and so on.

In the like manner, growth of an economy can be measured through the increase in its size in the current year in comparison to previous years, but economic development includes not only physical but also non-physical aspects that can only be experienced like improvement in the lifestyle of the inhabitants, increase in individual income, improvement in technology and infrastructure, etc.

Difference Between Sales and Business Development

Difference Between Training and Development