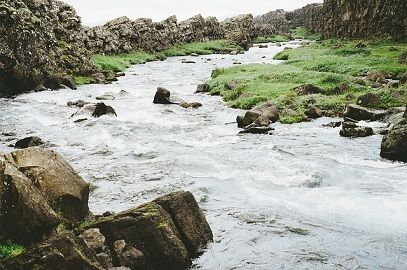 Rivers are described as the large natural water body, which flows towards the sea or another river. It is one of the major sources of water supply to the living beings. In India, the rivers are broadly classified as Himalayan Rivers and Peninsular Rivers. Himalayan rivers are the watercourses that arise from Himalayan ranges and are perennial in nature. On the contrary, Peninsular rivers are the ones that originate from the Western Ghats and are non-perennial.

The catchment area of Himalayan rivers is very fertile, whereas Peninsular river basin is not much fertile. The article excerpt may help you in understanding the difference between Himalayan and Peninsular rivers.

Himalayan Rivers are described as the rivers that arise from Himalayan mountain ranges, which receive water from both rain and melted snow from glaciers. The Indus, the Ganga and the Brahmaputra are the three important Himalayan Rivers. These help in irrigation and cultivation of dry areas and farms, throughout the year.

Himalayan Rivers are characterised with long courses from their point of origin to the sea. They carry a large quantity of sand and silt, due to their exhaustive erosional activity in the upper courses. Further, they form meander and oxbow lakes in the middle and lower courses.

Himalayan rivers form big deltas. Sundarban delta is one of the biggest delta formed by the Ganga and Brahmaputra.

Peninsular Rivers are the seasonal rivers as their flow primarily relies on the rainfall. These rivers experience a reduction in the flow of water, even if they are long, during the dry season. They are characterised with short and shallow courses.

Most of the peninsular rivers arise from the Western Ghats, flows towards the east and drain into the Bay of Bengal. It includes rivers like the Mahanadi, the Godavari, the Krishna and the Cauveri, etc. that make deltas. However, the Narmada and the Tapi are the two rivers whose point of origin is the central highlands, and they flow towards the west, and makes estuaries. Estuaries are nothing but small deltas.

The points given below clarifies the difference between Himalayan and Peninsular rivers: