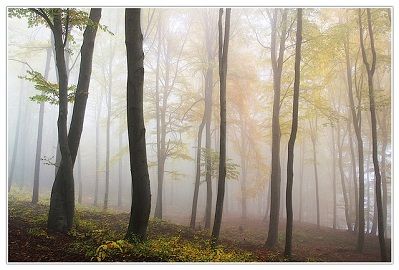 Fog and Mist, both are clouds made up of condensed water vapour, i.e. water droplets, hanging in the atmosphere at the surface of the earth, which restricts visibility to some extent. In spite of having similar composition, there are subtle differences between fog and mist which lies in the density and extent to which the visibility is reduced. Fog is denser in comparison to mist, and so it has a greater impact on visibility, i.e. the former limits visibility to nearly one kilometre, but the latter restricts visibility to more than a kilometre.

Many use the two words interchangeably, as these two are only forms of clouds that differ in thickness. So, take a look at this article to further comprehend the meaning.

In simple terms, fog is used to mean condensed water vapour suspended in the atmosphere, close to the earth’s surface, which forms an opaque sheet that restricts the visibility. It is a complex phenomenon of the atmosphere, that is greatly affected by neighbouring water bodies, wind speed, topography, etc.

Air can hold a certain amount of water and the warmer it is, the more water it can carry. The more water fills the air, the more it becomes humid and after a certain point it starts cooling down and as the temperature reaches the dew point, it starts condensing, and fog is formed. Dew point is a point wherein the ability of air to hold moisture reduces, i.e. air can no longer hold water droplets, resulting in condensation.

Mist is an atmospheric phenomenon formed by tiny water vapour suspended in the atmosphere, at the surface of the earth that hinders visibility to some extent. This is caused by temperature inversion, volcanic activity, change in humidity. The chemical process that changes water globules to mist is called dispersion.

Mist is often observed when warm, moist air experience abrupt cooling, i.e. the droplets becomes visible to us when warm water droplets are suddenly cooled down. The most common example of mist is exhaled air during winters.

Key Differences Between Fog and Mist

The points given below are substantial, so far as the difference between fog and mist is concerned:

To sum up the discussion, it is to say that the fundamental difference between these two cloud-like aggregation of water droplets is how far one can see through them, i.e. if you can see beyond one kilometre it is mist if you can’t then it is fog.

Difference Between Weather and Climate