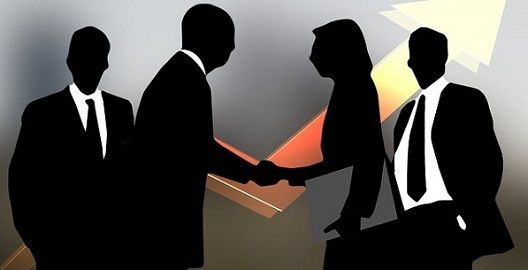 Joint Venture is a form of business organization which is temporary in nature. It is established for a specific purpose or to accomplish a certain task or activity and when this purpose is completed the joint venture comes to an end. Joint venture is not exactly same as partnership, which is also a type of business entity, that come into existence when two or more persons come together to share business profits. The partnership business is understaken either by all the partners or by one partner acting on behalf of all the partners.

Joint Venture is defined as a business organisation where two or more parties come together for completing a particular task, project or activity. The venture is formed for a limited period, also known by the name temporary partnership. Here the parties to the venture are considered as Co-venturers who agree to run the venture jointly by combining their resources like capital, inventory, machinery, manpower, etc. and by sharing profits and losses in the specified ratio without the use of the firm name.

The determination of profit and losses of the joint venture can be done as follows:

Some popular example of Joint Venture business is:

An agreement between two or more persons in which they agreed to carry on the business and to share the profits and losses mutually is known as the Partnership. The members are individually known as partners and collectively referred to as a firm. The following are the features of partnership:

There can be minimum two members in a partnership firm, and the maximum limit of partners is 10 in the case of banking business and 20 for other business. Partners are held liable for the acts done in the name of the firm.

The following are the major differences between the Joint Venture and Partnership:

Joint Venture and Partnership are very famous business forms. Many big enterprises come together for specific purposes to form a joint venture and when that purpose is accomplished the venture also ceases to exist. Partnerships last longer because they are not formed with an intention to complete a particular purpose, but the sole objective of the partnership is to undertake business and share profits and losses mutually.

When we talk about profits, the profits are calculated at the end of the venture, for Joint Ventures but the profits of partnerships are determined annually.

Difference Between Partner and Designated Partner

Difference Between Sole Proprietorship and Partnership