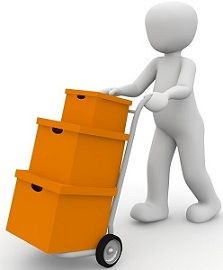 LIFO, is a form of inventory management wherein the product or material received last, is consumed first and thus the stock in hand, consist of earliest consignment. On the other hand, FIFO is another method of inventory management, in which the material received first is consumed first, i.e. the issue of goods is done from the earliest lot and the stock in hand comprise of the latest lot.

Inventory management is a tough task for the organizations that are completely stock oriented. Many methods are used in maintaining inventory. The methods are LIFO, FIFO, Simple Average, Base Stock, and Weighted Average, etc. The company’s income, profitability, taxation and other similar factors are dependent on the method on which the inventory is valued. Most commonly LIFO and FIFO are used by the companies.

Read out the given article to learn the differences between LIFO and FIFO method of inventory valuation.

Last in, first out or LIFO, is a method of accounting for valuing inventory. This method is based on the assumption that the last item placed in the inventory will be sold out first, i.e. reverse chronological order will be followed in issuing inventory from the stores.

At the time of inflation in the economy, the value of the unsold stock will be low, while the value of the cost of goods sold will be high, which will ultimately result in low profit and income tax as well. Whereas in deflationary conditions, the whole scenario will get reversed due to fall in the general price level, resulting in higher profits and income tax.

Although, the assumption is proved illogical and contradictory to the movement of inventory in the business organization. By virtue of this, LIFO method is no longer adopted for valuing inventory.

An asset management technique, in which the actual issue or sale of goods from the stores is made from the oldest lot on hand is known as First in, first out or FIFO. It follows a chronological order, i.e. it first disposes of the item that is placed in the inventory first. That is why this method of inventory valuation is regarded as the most appropriate and logical one. Hence used by most of the business persons in maintaining their inventory.

If the goods are perishable in nature, then they will get obsolete soon, so it would be beneficial that the earliest stock should be handled first which minimizes the risk of obsolescence. Therefore, the leftover stock in hand will ultimately show the most recent stock that is at the present market price.

The method is considered as most suitable one when there is a fall in the prices because the cost that is charged to production will be higher than the replacement cost. However, if the prices are high the same condition will get reversed and as a result, it is not easy to order the same quantity of materials without having sufficient funds.

Key Differences Between LIFO and FIFO

The points given below explain the fundamental differences between LIFO and FIFO methods of inventory valuation:

Both the methods LIFO and FIFO has its pros and cons. LIFO does not inflate profits when the prices of products are rising, but there are complications in this method. Due to irrational assumptions, LIFO is not used nowadays as it handles the latest stock in hand first which is unfair because the earliest stock stands in the queue. FIFO is very simple to understand as well as to operate. It shows the correct picture when there is a fall in the price

Difference Between PERT and CPM