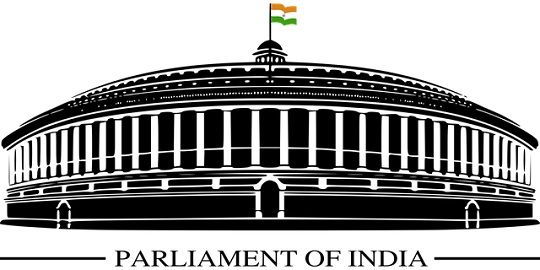 In the legislation, all the proposals are brought in Parliament, for discussion as bills. When a bill is passed by both the chambers of the Parliament and approved by the President, it turns out as an Act. The Speaker decides whether a bill is an ordinary bill or a money bill. An ordinary bill is a bill that can be presented for discussion in any of the two houses of the Parliament, by a minister or private member.

On the contrary, a money bill is presented in the lower house of the Parliament, i.e. the Lok Sabha, for discussion, by a minister. There are a number of points that differentiates an ordinary bill from a money bill, which is discussed in the points given below.

An ordinary bill is described as a draft containing a proposed statute, which has to pass through different stages, to become an Act. It contains all the matters which are not covered in the money bill, finance bill, ordinance replacing bills and constitution amendment bills. It can be presented for discussion, in any of the two houses by a private member or minister.

Suppose a bill is introduced in the lower house of the Parliament and after being passed, it is sent to the Upper House which may pass the bill or suggest amendments to the bill and return it to the lower house within six months. When both the houses pass the bill, it is sent to the President, for his assent. The President can give his assent or withhold the same or return the bill, for reconsideration.

If the two houses do not agree or if the bill is held by the other house more than six months, then a Joint sitting of the two houses is summoned by the President. The Lok Sabha Speaker presides over the Joint Session, and a simple majority is required to resolve the deadlock.

Money bill is a bill containing proposed law relating to imposition and abolition of taxes, borrowings, money appropriation from consolidated fund, audit and accounting and so forth are termed as the money bill. These bills can only be introduced for discussion in the House of People, i.e. the Lok Sabha and that too by a minister only.

After the bill is passed by the lower house, it is transferred to the Upper House or the House of States, i.e. Rajya Sabha, which can only approve the bill or suggest changes to the bill, but has no power to reject it. After that, the bill has to be returned to the lower house, within fourteen days from the date of receipt of the bill.

After the bill is sent to the President for his/her assent, who can approve and disapprove the bill. And once it is approved, it becomes an act.

The difference between ordinary bill and money bill can be drawn clearly on the following grounds:

The two types of bills deals with different matters, as in a money bill considers money matters, an ordinary bill can be a bill not covering affairs relating to money, finance, amendment and replacement of any bill. By and large, the two bills, differ in their provisions, as to introduction, recommendation, holding period, joint sitting and so forth.