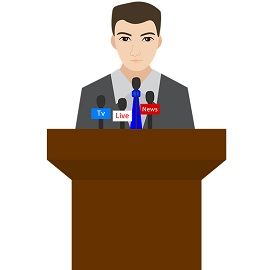 Most of the people have doubts, regarding the roles, responsibilities, powers and authorities of the Prime Minister and President. But the fact is that the difference between the two executives relies on the country we are talking about, i.e. some countries have one or the other, while some have both. There are two forms of government, which decides whether the country has any one or both the executives, these are Presidential form and Parliamentary form.

India is a democratic country, it has a parliamentary system of government, at both national and state level. In this form of government, there exist both President and Prime Minister. So, let’s take a look at the article presented to you, to have a better understanding on the two.

Prime Minister (PM) is the head of the Council of Ministers, chief advisor to the President and is the major functionary of the government of the country. He holds the most powerful office in India for a period of five years.

The President of India, appoints the leader having the support of majority as the Prime Minister. The support of the majority of the lower house of parliament is a must, for the Prime Minister, because without such support, he/she loses office. Further, the PM selects the ministers in the Council of Ministers and distributes rank and portfolios to them.

Prime Minister, along with other elected ministers forms Council of Ministers, who should be the members of Parliament. The council comes into force only after PM, and so it cannot exist without him. Further, they are jointly responsible to the Lok Sabha, i.e. in case the Ministry loses the confidence of the lower chamber, the whole council is bound to resign.

The PM exercises powers, that comes from diverse sources like control over the council, the leadership of the House of People, access to media, foreign visits, the projection of personalities at the time of elections, and so on.

The ‘President of India’ is the chief executive of the state, the ceremonial head of the country, protector of the constitution and supreme commander of the three armed forces. He is the nominal executive chosen indirectly by the people, through the elected Members of the Parliament and Members of Legislative Assemblies of all states and union territories. He/She holds the highest office for a period of five years.

The President has the right to get information concerning all significant matters and discussions of Council of Ministers. The Prime Minister is bound to provide all the information, demanded by the President. He/She has exclusive powers of appointing the Governors of States, Comptroller and Auditor General (CAG) of India, Chief Election Commission, Chief Justice of supreme court and high court, Chief Election Commissioner, Chairman and other members of UPSC (Union Public Service Commission).

The following points are noteworthy so far as the differences between prime minister and president are concerned:

Both President and Prime Minister, remain in the post for a tenure of 5 years and derive their powers and duties from the constitution. There are wide differences in the roles, responsibility, rights and obligations of the two primary executives, so they should not be confused with one another.