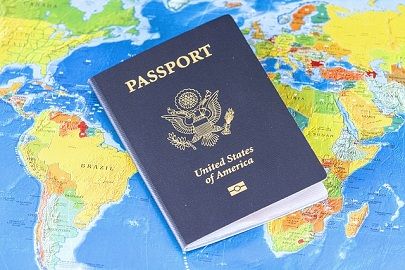 When you are planning to go abroad for any purpose with your family, friends or even alone, you have to make sure that you have the Passport and Visa. Passport is the most important official document, which one should possess for international travelling. It is issued by the government to the citizens of the country, on their application. It also serves as an identification proof, as it certifies the identity and citizenship of the holder.

Visa, on the other hand, is not a separate document but an endorsement on the passport, authorising a person to enter and stay in a country for a particular period. This article will help you in understanding the basic differences between passport and visa, take a read.

Passport is a legal document that one needs to travel foreign countries. It is issued by the government of a country, which authenticates the identity and nationality of the bearer. The passport holder is entitled to travel abroad under its protection, to and from other nations.

The passport may vary from one country to another. However, in general, contains the basic details of the holder, i.e. name, photograph, signature, place, birthdate and physical characteristics. Besides this, passport number, country code, date of issue and date of expiry of the passport is also mentioned in it. It acts as proof of citizenship, and so the holder of the passport can enter the country issuing it. The validity period of a passport is ten years, after which it can be renewed.

Nowadays, biometric passports are issued by many countries, in which a microchip is embedded in the passport, that contains biometric information. It is machine-readable and cannot be forged. Different types of passport include ordinary passport, official passport and the diplomatic passport.

Visa can be described as a temporary legal authorization, given by immigration officials of a country to a person belonging to another country, signifying that the person’s details are confirmed, and he/she is permitted to enter and stay in the country, for the stipulated period.

Key Differences Between Passport and Visa

The differences between passport and visa are explained hereunder:

To sum up, a passport is a document that is used to identify a person, when he/she is travelling to another country, whereas visa is an official permission granted by the country’s representative to enter and reside the country. Without these two documents, no person can go for a trip to abroad.

Difference Between Invoice and Receipt

Difference Between FERA and FEMA