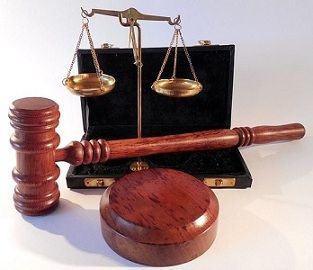 Foreign Exchange Management Act, 1999 (FEMA) emerged as a replacement or say an improvement over the old Foreign Exchange Regulation Act, 1973 (FERA). Foreign investors, frequently hear the terms FERA and FEMA, when they deal with India. As their name specifies, FERA lays emphasis on the regulation of currencies, whereas the FEMA manages foreign exchange, i.e. forex.

The first and foremost difference between FERA and FEMA is that the former requires previous approval of Reserve Bank of India (RBI), whereas the latter does not require RBI’s approval, except when the transaction is related to foreign exchange. Check out this article to know more differences between the two acts.

Foreign Exchange Regulation Act, shortly known as FERA, was introduced in the year 1973. The act came into force, to regulate foreign payments, securities, currency import and export and purchase of fixed assets by foreigners. The act was promulgated in India when the position of foreign reserves wasn’t satisfactory. It aimed at conserving foreign exchange and its optimum utilisation in the development of the economy.

The act applies to the whole country. Therefore, all the citizens of the country, inside or outside India are covered under this act. The act extends to branches and agencies of the Indian multinationals operating outside the country, which is owned or controlled by the person who is the resident of India.

FEMA expands to Foreign Exchange Management Act, which was promulgated in the year 1999, to repeal and replace the earlier act. The act applies to the whole country and to all the branches and agencies of the body corporate operating outside India, whose owner or controller is an Indian resident and also any violation committed by the person covered under the Act, outside India.

The main objective of the act is to facilitate foreign trade and to encourage systematic development and maintenance of forex market in the country. There are total seven chapters contained in the act which are divided into 49 sections, out of which 12 sections deal with the operational part while the remaining 37 sections cover penalties, contravention, appeals, adjudication and so on.

Key Differences Between FERA and FEMA

The primary differences between FERA and FEMA are explained in the following points:

The economic policy of liberalisation was first time introduced in India in the year 1991 that opened gates for foreign investment in many sectors. In the year 1997, the Tarapore Committee recommended changes in the present legislation that regulate foreign exchange in the country. After which FERA was replaced by FEMA in the country.

Differences Between Rules and Regulations

Difference Between BSE and NSE