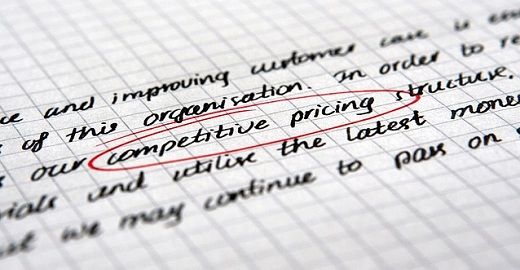 Penetration pricing strategy is one in which the company charges a low price, in the beginning, to derive maximum sales volume from the price-sensitive customers. On the contrary, when at the initial stage high prices are charged to the customers, which is gradually decreased to attain maximum profit from less price sensitive customers.

Price is among the important components of the marketing mix, which is the firm’s outright source of earning, and it not only covers the cost of production but also contains profit margin. The three major aspects that influence the pricing of a product are cost, consumer demand and competition. For the purpose of entering the market with a new product, the firm’s management has to decide as to which pricing strategy to be adopted between penetration pricing or skimming pricing.

The article excerpt explains the difference between penetration pricing and skimming pricing.

Penetration Pricing implies a pricing technique in which new product is offered at low price, by adding a nominal markup to its cost of production, to penetrate the market as early as possible. It aims at maximizing the market share of the product, and once it is achieved, i.e. when the demand picks up, the firm can increase the price of the product.

This technique is used in case of new product, which faces no to little competition in the market, and have a great extent of consumer acceptability. Market skimming pricing is adopted by the company, due to the following reasons:

The difference between penetration and skimming pricing are presented hereunder:

Difference Between Skimming and Scanning