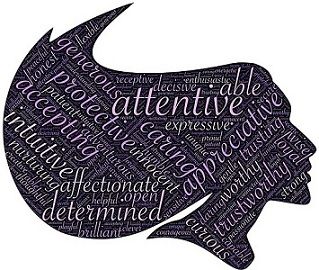 While personality shows what you are outside or what you are to the world, character reveals what you are inside. As these are directly related to a person’s attitude and behaviour, most people get confused between these two easily.

We all are same in many ways like we all have got the same human body, nature, feelings, mind and so on. But if you observe deeply you will find that every human being has certain different traits and habits that make him/her unique. It is a fact that two persons can never be exactly identical to each other, even if you talk about twins, they also differ more or less in their perception, hobbies, mood, nature, etc.

Take a read of this article in which we’ve simplied the difference between personality and character.

Personality can be defined as a combination of mental behaviour and traits or qualities like thinking pattern, feeling and acting. It is a range of enduring tendencies of an individual to think, feel and behave in a specific manner in diverse situations. It refers to the systematic arrangement of all your dispositions like attitude, thoughts, feelings, emotions, etc.

By the term character, we mean an enduring and distinguishing mental and moral characteristics in an individual. It is the only factor which determines our reaction or response to the given event or situation. It defines a person’s behaviour pattern, thinking style, controls feelings. It is based on the environment that surrounds us, mental ability, moral principles and similar other factors. It is the most precious thing possessed by a person, evidenced by the limits he/she never crossed.

Key Differences Between Personality and Character

The significant differences between personality and character are discussed in the following points:

Difference Between Moral and Morale

Difference Between Type A and Type B Personality