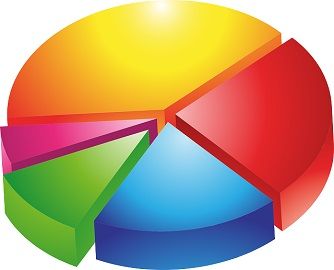 Surveys are considered as the best method to gain insights about the public opinion, concerning someone or something, wherein a number of people are selected from a large group, to ask about the issue or topic of interest. However, when the same is used in a political sense the process of the survey is called ‘polling’ and the study is called ‘polls’.

The poll is a process in which the opinion of a particular group concerning a particular subject or a person is questioned and their votes are counted to reach a conclusion. It is a form of a survey, wherein people are asked about their views and opinion on a person, issue, technology, etc. through a handful of questions.

Contrary to the above, the survey is the widely used data collection method, which can be performed in both online or offline modes. In a survey, a set of objective type questions are asked to the respondents with an aim of statistical analysis.

The poll is a survey method, which records public opinion or votes so as to gather general data on the latest trend, flow or pattern of the opinion of the population by asking a series of questions and then generalizing the results. And to do so, people are selected randomly from the large population to extract the answer to specific questions, for the purpose of analysis.

The results of poll help in drawing conclusions regarding the popularity of someone or demand for something among people, as well as the likes and dislikes, favourites and non-favourites, and the latest trends in fashion, and technology. Polls serve as an instant check on the fluctuations in the opinions of the audience.

With the help of poll, the agency or company conducting polls can ask several questions which are either multiple-choice questions or their choice is restricted to one answer only, wherein the participants have to pick the best answer as per them, from the given options, which are pre-defined by the organization conducting the poll.

The final results of the poll are depicted in the form of charts or graphs.

A survey is a form of research tool wherein more systematic and advanced questions are asked to the general public. It is used for gathering information and insights from a certain group of people, on a specific topic so as to make deductions about the larger population. Basically, a survey questionnaire contains multiple-choice questions, ratings or ranking questions.

A standardized procedure is followed for this purpose, so that every participant is asked the same question, in the same format, and they are given the same amount of time to submit it.

It encompasses asking questions to the selected group, with the help of a questionnaire which contains a list of the question with four or five answer option and the respondents have to make the most suitable answer according to them. These survey questionnaires are distributed in a printed form to the respondents or sent digitally via emails, SMS, or social networks.

An online or internet survey contains systematically arranged set of questions, which the respondent has to complete and submit. These are in the form of a Web form, and as the user enters his/her answer, it is recorded in the database.

Key Differences Between Poll and Survey

The difference between poll and survey are explained hereunder:

Polls and surveys are two common tools which are used to gain an in-depth and thorough knowledge of the target audience, concerning their tastes, preferences, trends, likes and dislikes. Further, they are also very useful in formulating public policies so as to deal with social issues, create a proper link between companies/governments and the general public, encourage transparency and so forth.

Nowadays, both polls and surveys can be conducted online which has not just increased the reach, but it has also saved the time and efforts made for the data collection and analysis.

Difference Between Questionnaire and Interview

Difference Between Structured and Unstructured Interview