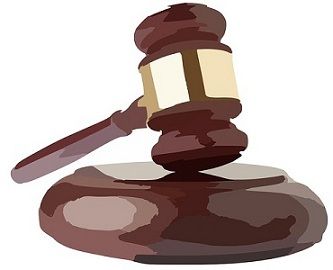 When the question is about influencing or manipulating others, two things go that side by side in the field of management are Power and Authority. These two are used to make people respond in the manner directed. Power is referred to as the capacity of an individual to influence the will or conduct of others. As against, authority is termed as the right possessed by a person to give the command to others.

Many of us think that these two terms are one and the same thing, but there exists a fine line of difference between power and authority. While the former is exercised in a personal capacity, the latter is used in a professional capacity. So, on this topic, we are going to throw light on the basic differences between the two, have a look.

By the term power, we mean the personal capacity of an individual to influence others to do or not to do an act. It is independent and informal in nature derived from charisma and status. It is an acquired ability that comes from knowledge and expertise. It is the right to control other’s actions, decisions and performances.

Power is not hierarchical, i.e. it can flow in any direction like it can flow from superior to subordinate (downward) or junior to senior (upward), or between the persons working at the same level, but different departments of the same organization (horizontal), or between the persons working at different levels and departments of the same organization (diagonal). In this way, it is not confined to any boundaries. Moreover, the element of politics is usually attached to it.

Authority is legal and formal right to a person, who can take decisions, give orders and commands to others to perform a particular task. It is conferred to high officials, to accomplish organisation’s objectives. It is hierarchical in nature, it flows downward, i.e. delegated from superior to the subordinate.

Key Differences Between Power and Authority

The difference between power and authority can be drawn clearly on the following grounds:

After reviewing the above points, it is quite clear that power and authority are two different things, where power has nothing to do with level or management or position. On the other hand, authority completely depends on these two, i.e. the position level determines the level of authority a person has. In addition to this, the authority relationships, i.e. the relationship between superior and subordinate are depicted on the organisational chart. Conversely, the power relationship is not shown in the organisation chart.

Difference Between Authority and Responsibility

Difference Between Exponent and Power