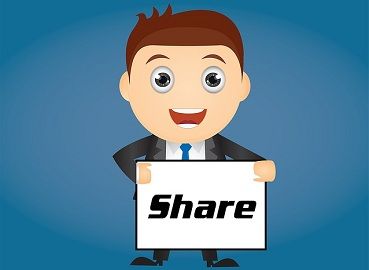 The company’s capital is divided into small shares of definite price; wherein each share is regarded as a unit of ownership, that is offered to the general public for sale, to raise funds from the market. It can be ordinary shares or preferred ones. The Companies Act provides that the subscribed capital of the companies can be increased, by issuing further shares to the existing shareholders at discounted prices, in the form of right shares.

Contrary to this, when a company possess the huge amount of distributable profits, it transforms such profits into capital and divides it among the shareholders, in the proportion of their holdings, for which the members are not required to pay anything for such shares, called as bonus shares.

This article excerpt will give you a deep understanding of the difference between right shares and bonus shares, so take a read.

Right shares are the shares which are issued by the company, with the aim of increasing the subscribed share capital of the company, by further issue. The right shares are primarily issued to the current equity shareholders through a letter of an issue, on pro rata basis.

The company sends a notice to each shareholder, that gives a choice of buying the shares offered to him/her at discounted prices by the company. The shareholder is required to inform the company about the number of shares opted by him/her, within stipulated period. The shareholders can forfeit this right, partially or completely, to enable the company issue shares to the general public or selected investors on preferential basis, through the special resolution.

Bonus shares do not inject fresh capital into the company, as they are issued to the shareholders without any consideration. As per Section 63 of the Companies Act 2013, the company can issue fully paid up bonus shares, out of any of the following reserves/account:

However, bonus shares cannot be issued by capitalising reserves created out of revaluation of assets.

The differences between right shares and bonus shares can be drawn clearly on the following premises:

The company whose shares are quoted on a recognised stock exchange issues shares to the existing equity-holders as right or bonus issue must list such shares in the respective stock exchange. Right shares encompass selling shares in the primary market, by issuing the rights to the current shareholders. On the other hand, the issue of bonus shares is like payment of the dividend by the company in the form of shares.