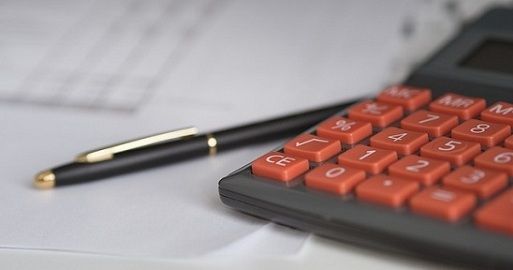 A business entity can record its monetary transactions either on Single Entry System or Double Entry System of Bookkeeping. The former is less laborious as well as less time consuming while the latter completely records the transactions which need substantial effort and time.

Single entry system of bookkeeping, is economical but at the same time it is unscientific because it does not records all the transactions rather only a few ones are tracked and some are recorded partially. On the other hand, double entry system of bookkeeping is based on fundamental prinicples of accounting and so it records each and every aspect of the transaction.

Take a read of the article provided to you, so as to understand the difference between single entry system and double entry system.

Single Entry System of Bookkeeping is the oldest method of maintaining financial records in which an entry is made for every financial transaction. In this system, the corresponding opposite entry is not made because the transactions are recorded only once. Full record keeping of transactions is not done due to a single entry of every transaction. It mainly keeps track of the transactions relating to cash receipts and disbursements.

This method of keeping records is primarily used by a sole proprietorship and partnership firms. This system does not require high knowledge and expertise for entering transactions. Journals, Ledgers and Trial Balance, are not prepared for it. However, the income statement is prepared to know the profit or loss of the business.

Due to some drawbacks like one sided entry, reconciliation of accounts is not possible, the possibility of frauds and errors is maximum. That is why it does not coincide with Generally Accepted Accounting Principles (GAAP). Moreover, accounting records maintained under this system are not suitable for tax purposes.

Double Entry System is the scientific method of keeping financial records, developed by Luca Pacioli, in 1494. This system is based on the principle of duality, i.e. every transaction has a dual aspect. Each transaction affects two accounts at the same time, in which one account is debited while the other is credited.

E.g. Suppose Mr. A has purchased goods of Rs.1000 for cash from Mr. B, so here, on one hand, he has received goods and on the other hand the cash is given to Mr. B. So, you should have noticed that the goods have been acquired by giving up cash. Therefore, as its name signifies, this system records both the aspects of a single transaction, i.e. the increase in goods with the simultaneous decrease in cash.

Due to two-fold effect, the system possesses completeness, accuracy as well as it matches with the Generally Accepted Accounting Principles (GAAP). A complete procedure is there for recording every transaction. The procedure starts from source documents, followed by the journal, ledger, trial balance, then at the end financial statements are prepared.

There are fewer chances of fraud and embezzlement because the full-fledged recording of transactions is done in this system. Errors can easily be detected. Further, the accounts can be reconciled, due to the two-fold aspect. Tax laws also recommend Double Entry System to record transactions. Although a person should be professionally skilled to maintain records as per this system. Moreover, due to the complexity of this system, it is time-consuming too.

Difference Between Bookkeeping and Accounting

Difference Between Statement of Affairs and Balance Sheet

Difference Between Journal and Ledger

Difference Between Manual and Computerized Accounting