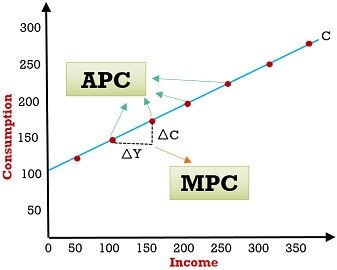 What is Propensity to Consume?

Types of Propensity to Consume

In this section, we will talk about the difference between APC and MPC along with examples.

where, C stands for consumption, and
Y is used to express disposable income.

Let us understand the concept with the given schedule: 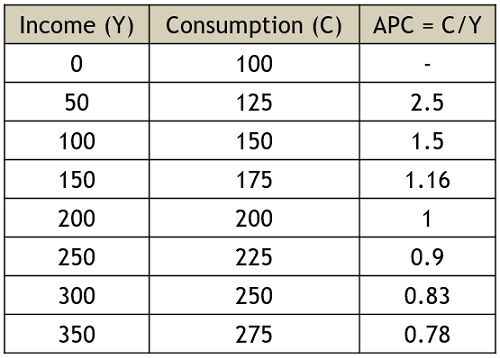 We will plot this on a graph: 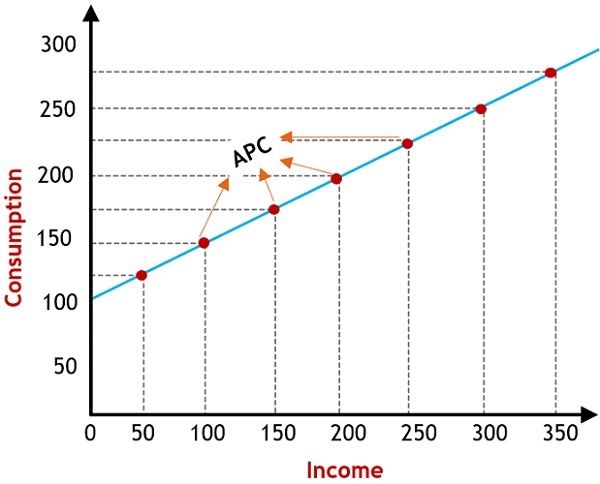 We have understood that:

So, the MPC measures the rate of change in consumption, due to change in income. Symbolically, it is represented as:

Let us understand the concept with the given schedule:

We will plot this on a graph: 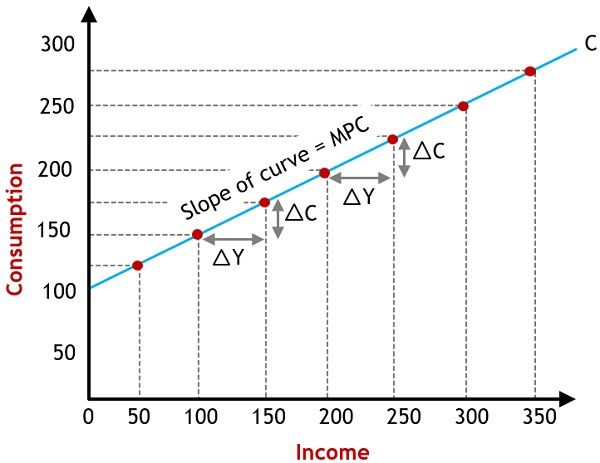 Key Differences Between APC and MPC

As we have already discussed the meaning with examples and a schedule of the two types of propensity to consume. Let us understand the difference between APC and MPC.

What is the Consumption Function?

Consumption is vital for living, which mainly relies on income. That is to say, the level of income regulates the level of consumption in the economy. In this way, we can say that the consumption function is the functional relationship amidst two factors i.e. consumption and income.

Both APC and MPC of poor is greater in comparison to rich. Further, consumption can never be equal to zero. This is because the least level of consumption is necessary for survival, which is termed autonomous consumption. Also, the consumption curve slopes in an upward direction showing the direct relationship between income and consumption of people.

Difference Between Total and Marginal Utility