Income is the basic determinant of the market demand which determines the purchasing power of the consumer. Therefore, the individuals who have higher disposable incomes spend the larger part of their incomes on consumer goods and services as compared to lower incomes.

The quantity demanded of normal goods goes up with the rise in consumer’s real income but at different rates and at different levels of income, i.e. the demand for good increases at a faster rate with an increase in income, however, slows down with a further rise in income. 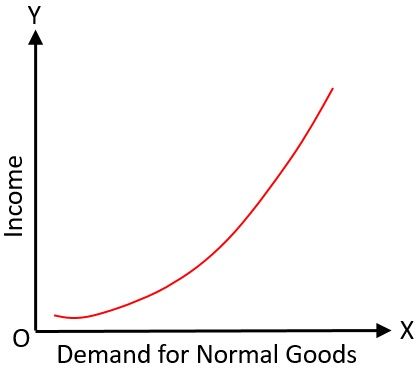 In economics, inferior goods do not mean sub-standard goods but is relates to the affordability of the goods. These goods are the one whose demand drops with the increase in consumer’s income and vice versa. Such goods have better quality alternatives.

This concept can be understood with an example, bidi and cigarettes are two products, which are consumed by the consumers. Suppose both the demand curve of both the products is downward sloping however if the consumer’s income goes up, then they will start buying cigarettes instead of bidi. The main cause of this mindset of customers is that the commodity is deemed to be inferior if there is a fall in its demand when there is a rise in their income, beyond a particular level. 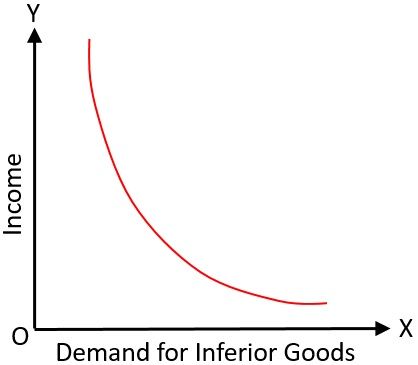 The difference between normal and inferior goods can be clearly drawn on the following grounds: