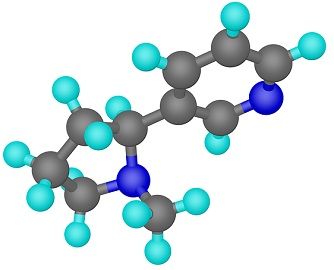 In your surrounding, you might have observed there are millions of objects, which are created out of matter and the matter comprises of molecules, which is a combination of two or more atoms bonded together. So, in short, atoms are grouped together to form a molecule, which embodies the objects around us. The whole universe is made up of the atom, and they are so small particles of an element, that we are not able to see them through bare eyes or even via microscope, but they do exist in each and every object and are affected by our activities.

What is the difference between atoms and molecules, is the basic question that arises in the mind of every chemistry student. They often face difficulty in understanding them correctly, as both of these two are a tiny identifiable unit.

The term ‘atom’ in chemistry represents the elementary unit of ordinary matter that exist in free state and contains all chemical properties. It is an infinitesimal particle that distinctively identifies a chemical element. It is composed of a positively charged nucleus and surrounded by negatively charged electrons.

The molecule is a small unit of matter, which exist in free state and represents the chemical properties of the substance.

When two or more atoms are extremely close to each other, such that the electrons of the atoms can interact with one another, resulting in attraction between the atoms, called as a chemical bond. The chemical bond takes place as a result of the exchange of electrons between atoms, specifically known as a covalent bond. So, when two or more atoms are clustered together as a single unit, with the help of covalent bond, it forms a molecule.

If one or more identical atoms exist as a unit, independently, it is known as a molecule of an element, but if two or more varying elements are grouped together in a fixed proportion, by mass, to create a unit that exists freely, is termed as a molecule of a compound.

Key Differences Between Atom and Molecule

The difference between atom and molecule can be drawn clearly on the following grounds:

By and large, there are some dissimilarities amidst the two topics. Both are tiny units, but as molecules are made up of atoms, the size of an atom is much smaller than a molecule. Moreover, to form ions, atoms gain or lose electrons, which is not in the case of a molecule.

Difference Between Compound and Mixture