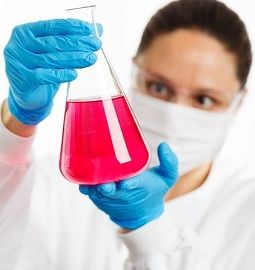 The objects surrounding us are created out of matter, and it is present in three forms, i.e. element, compound and mixture. Chemistry is that branch of science which deals with these three forms. Elements allude to those substances that can’t be split into simpler substances. The compound is the chemical combination of elements, bonded together in specific proportion. The mixture is the physical combination of substances, bonded together in any proportion.

While the compound is a pure substance, the mixture is an impure substance. It is difficult for many science students to understand the difference between compound and mixture, so here we’ve simplified it for you.

Compound means a substance formed as a blend of various elements chemically in a certain proportion, by weight. It is entirely new substance, which possesses properties different from that of its constituent substances. For example – Water, salt, carbon dioxide, sodium chloride, etc.

The compound is the unification of various elements so that the atoms present in the elements are clasped together by the chemical bond, which cannot be easily split. Bonds are created out of sharing of electrons among atoms. So, there are different types of bonds:

When two or more substances are put together, in any ratio such that no chemical reaction takes place, the material comes out, is a mixture. For example – Sand and water, sugar and salt, air, etc.

In a mixture, the properties of the components are retained even after they are mixed, as a solution, suspension and colloids. The combination should be capable of being separated back to normal through physical means. These are made up of a diverse range of molecules which are arranged in two ways:

The difference between compound and mixture can be drawn clearly on the following grounds:

To sum up, we can say that compound is an element, which combines two substances that give birth to a new substance, having different attributes. On the flip side, the mixture is nothing but a simple amalgamation of two substances, in which the substances possess their individual attributes.

Difference Between Atom and Molecule