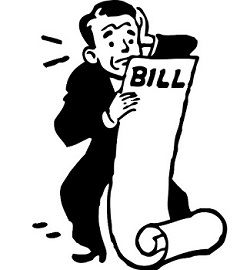 In finance, the term ‘insolvency’ can be used in the context of both individuals and organizations. Insolvency represents that particular ‘state’ in which the individual or organization is not able to settle debts on time when they fall due for payment because of lack of funds or bank balance. On the other hand, Bankruptcy can be defined as a formal and legal declaration of an individual’s inability to settle debts.

Liquidation implies the closure or winding up of the company, legally, due to its inability to discharge debts. For the purpose of clearing the indebtedness of the enterprise, the liquidator is appointed to carry out the process of liquidation who sells the assets at reasonable prices.

In India, a financial creditor, an operational creditor, or a corporate debtor can initiate the insolvency resolution process for the company when there is a default of ₹ 1 lakhs or more.

Having said that, let us take a read of the differences between insolvency and bankruptcy.

Insolvency is such a financial state which is caused due to the inability of an individual or company to pay off outstanding debts timely to the creditors or banks because the assets are insufficient. This usually arises when the cash inflows of a person are less than the cash outflows. So, their income is not enough to cover up their liabilities.

In the case of a company, it means that the total money inflows and the assets combined are less than its liabilities. It is reflected in:

Therefore, insufficient funds and liquidity can make the repayments of debts almost impossible, which makes a person insolvent. 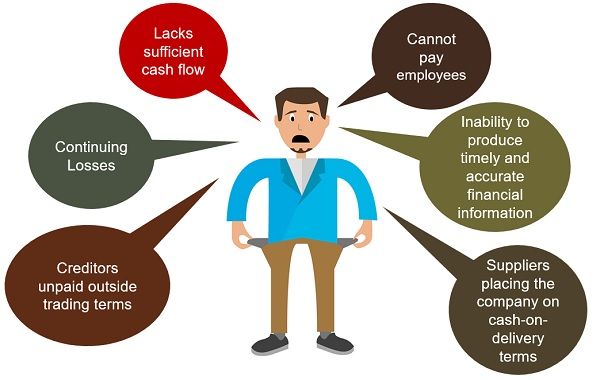 When a person becomes insolvent, he/she may opt to file for bankruptcy to the court or he/she can also deal with the debts through other options, by taking necessary steps for its resolution.

Further, in the case of company insolvency arises when there is a continuous decline in sales and the company lacks enough working capital to finance its regular operations, for which the company raises loans from creditors or financial institutions. And when the situation does not get better it results in insolvency.

Bankruptcy refers to the legal proceeding, with respect to a person who is not able to meet the financial obligations or has no such prospect of being able to repay the dues in the future when they fall due.

It is the final stage of insolvency and gives a new lease to the insolvent to start afresh, i.e. it relieves the individual or a company from all the debts and other disadvantages of insolvency.

In this process, the assets of the debtor are measured and evaluated and these are used for the repayment of a part of the debt, the person or entity owes to their creditor. It takes place when the insolvency is determined by the court and legal orders are given for its resolution.

There are two forms of Bankruptcy which are discussed hereunder:

Key Differences Between Insolvency and Bankruptcy

As we have talked about the meaning of the two, let us discuss the difference between insolvency and bankruptcy:

Introduction to Insolvency and Bankruptcy Code, 2016

Insolvency and Bankruptcy Code 2016 was implemented as a reform to provide comprehensive insolvency resolution which covers individuals, partnerships, and body corporates. Further, as per this code, both the parties debtor and creditor can begin the insolvency resolution process. It is also one of the major initiatives taken by the Indian Government to promote Ease of Doing Business (EODB).

While both situations denote the inability to pay off debts, insolvency can lead to bankruptcy, but this is not with every case as only those insolvencies turn into bankruptcies that remain untreated.

Difference Between Bankruptcy and Liquidation

Difference Between Liquidity and Solvency