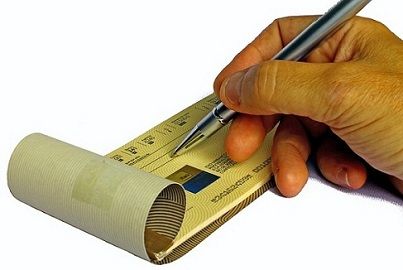 A negotiable instrument is a written document, which entitles a certain amount and is transferable from one person to another, by simple delivery or by endorsement and delivery. There are three types of a negotiable instrument as per statute, i.e. cheque, bills of exchange and promissory note. There are many instances when people juxtapose cheque for a bill of exchange, but they are different, in the sense that a bill of exchange requires acceptance, whereas there is no need for acceptance in cheque.

Go through with this article to learn some more differences between cheque and bill of exchange.

A cheque is a type of bill of exchange, used for the purpose of making payment to any person. It is an unconditional order, addressing the drawee to make payment on behalf the drawer, a certain sum of money to the payee. A cheque is always payable on demand, i.e. the amount is paid to the bearer of the instrument at the time of presentment of the cheque. It is always in writing and signed by the drawer of the instrument.

There are three parties  involved in case of cheque:

It should be noted that the issuer must have an account with the bank. There is a specified time limit of 3 months, during which the cheque must be presented for payment. If a person presents the cheque after the expiry of 3 months, then the cheque will be dishonored. The various types of cheques are:

Definition of Bill of Exchange

A bill of exchange is a negotiable instrument, contains an unconditional order, directing the drawee to pay a certain sum of money to payee addressed in the instrument. The bill is made and signed by the drawer and accepted by the drawee. It contains a pre-determined date on which the payment is to be made to the payee. It can be payable on demand when the bill is discounted with the bank. The parties to the bill of exchange must be certain. 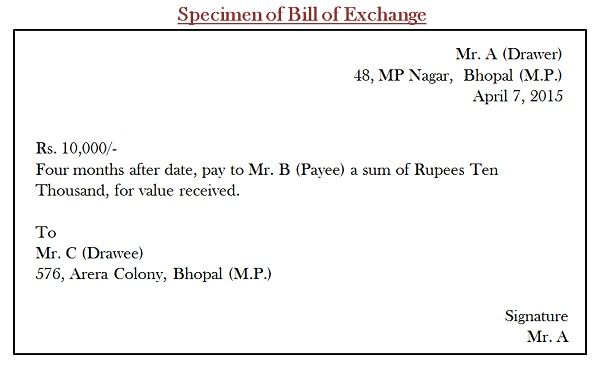 There are three parties involved in the bill of exchange, they are:

Key Differences Between Cheque and Bill of Exchange

Difference Between Bill Discounting and Factoring