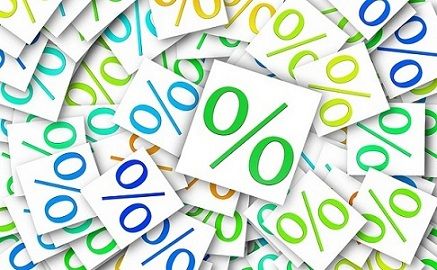 When a person borrows money from the money lender or any bank/financial institution, some extra amount is charged by the lending entity for the use of money, called as interest. The interest rate is mutually decided by both the parties. Interest can be charged in two ways, i.e. simple interest and compound interest. The former is the type of interest where the interest is charged only on loaned amount but in the case of the latter interest is calculated on the amount lent plus accumulated interest.

So, simple interest is the sum paid for using the borowed money, for a fixed period. On the other hand, whenever the interest becomes due for payment, it is added to the principal, on which interest for the succeeding period is reckoned, this is known as compound interest. So, here in this article, you will find the basic differences between Simple Interest and Compound Interest, which we have compiled after an in-depth research on the two terms.

For Example: If you borrow Rs. 1000 from your friend @ 10% per annum for 3 years, then you have to return Rs.1300 to your friend at the end of 3rd year Rs 1000 for Principal and Rs. 300 as interest, for keeping the amount with yourself. If we add up the principal and interest, then it will be known as Amount. One thing should be kept in mind is, the more the money and periods, the higher will be the interest.

The time interval between two interest payment period is known as Conversion Period. At the end of the conversion period the interest is compounded like:

Normally, the banks pay interest on half yearly basis, but financial institutions have the policy of paying interest quarterly. For computing compound interest you have to use this formula:

Where, P = Principal
n = number of years
i = rate of interest per period

The following are the major differences between simple interest and compound interest:

Suppose Alex deposited Rs. 1000 to a bank at 5% interest (simple and compound) p.a. for 3 years. Find out the total interest that he will get at the end of the third year?

Difference Between Compound and Mixture

Difference Between Annuity and Perpetuity