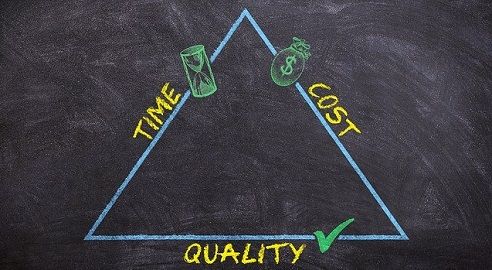 Corrective Action requires the complete understanding of the issue which has taken place and use the root cause analysis so as to reveal the primary cause for it, so as to rectify it in such a way that its occurrence would be rare.

On the other hand, Preventive Action requires carrying out trend analysis to find out the issues which may result in non-conformity and address them so as to avoid nonconformity.

Corrective Action and Preventive action are the basic quality management tools which embrace a number of steps taken to eliminate, correct or resolve the defect or undesirable situation. They concentrate on continuous improvement and forms an indispensable part of any business.

The term ‘nonconformance’ refers to the failure in complying the specified requirement or standards. It can be a customer complaint, failure of the quality management system or wrongly interpreting the written instructions for undertaking the work.

What is Root cause analysis?

A problem-solving method used to identify the main causes of faults or defects, which has to be performed systematically so as to be effective.

Corrective action is the one that handles nonconformity which has taken place. It takes into account the critical nonconformity which possesses a certain degree of risk that needs an action to avoid the repetition of the risk and which should be recorded.

It is based on the assumption that a nonconformance exists, which are reported through various sources – internal or external.

It addresses severe issues, recurring problems, safety concerns or situations in which the customers demand change in the form, function or fit. The action results in a number of benefits like fixing of the issue, increase in transparency level, setting a benchmark for future developments and events, modification in the quality management system.

Proper records for the action taken so as to ensure that the problem was recognized, rectified, and appropriate controls are installed, to ensure that it does not recur.

Preventive action is the one that focuses on the possibility of the nonconformity to arise. In finer terms, it is an action taken to eliminate the likeliness of occurrence of a specific undesirable event in future.

In this, more emphasis is given to reinforce the process, to avoid the occurrence of nonconformity and documenting the same. It involves the prediction of the problem which might occur and prepare plans to overcome the issues.

It is based on the assumption that proper monitoring and control is implemented in the quality management system, to assure that the problems are anticipated, identified and removed before they arise,

It tends to locate the potential discrepancies in the product or services, prior to their occurrence in order to introduce various measures to prevent them.

The identification of potential discrepancies can be done through analysis of trends, internal audit, review of customer feedback, workers participation, etc. so as to improve the effectiveness in business operation and minimizing future problems.

The difference between corrective and preventive action are discussed in the points below:

Preventive actions are less costly as compared to corrective actions, but it is also sometimes regarded as a waste of time and other resources if the anticipated event does not occur.

Difference Between Odds and Probability

Difference Between Forecasting and Planning