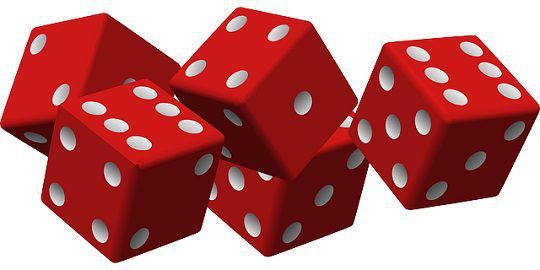 You might have noticed that we make statements like the trains may be late, it may take an hour, to reach home and so forth. This type of statements indicates the probability of an event, as its occurrence is not certain. It implies the extent to which an event is possible to happen.

In mathematics, the term odds can be defined as the ratio of number of favourable events to the number of unfavourable events. While odds for an event indicates the probability that the event will occur, whereas odds against will reflect the likelihood of non-occurrence of the event. In finer terms, odds is described as the probability that a certain event will happen or not.

For example Suppose, there are 20 marbles in a bag, eight are red, six are blue, and six are yellow. If one marble is to be picked at random, then the odds of getting red marble is 8/12 or say 2:3

Probability is a mathematical concept, which is concerned with likelihood the occurrence of a particular event. It forms the basis for a theory for testing of hypothesis and theory of estimation. It can be expressed as the ratio of the number of events favourable to a specific event, to the total number of events.

For example: Suppose a dartboard is divided into 12 parts, for 12 zodiacs. Now, if a dart is targeted, the chances of occurrence of areas are 1/12, as the favourable event is 1, i.e. Aries and a total number of events are 12, that can be denoted as 0.08 or 8%.

Key Differences Between Odds and Probability

The differences between odds and probability are discussed in the points given below:

Difference Between Binomial and Poisson Distribution

Difference Between Risk and Hazard