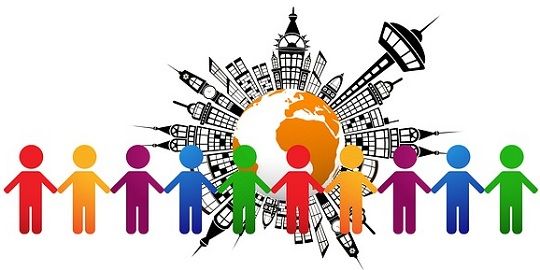 Have you ever wondered why the one who is poor and in a shabby attire is regarded as uncivilized, even though he may be the most cultured person and the one in a sophisticated outfit, is called civilized, but, may not be having the sense of culture? Culture is everything about the human society, i.e. it refers to the knowledge and features of a specific group of people living in a region.

On the other extreme, civilization is the breakthrough of the human society meaning that it is the advanced level of social and human development.

The term ‘culture’ is a Latin origin of the world ‘cultus’, which refers to cultivating or refining something, in such a way that it provides admiration and respect. In finer terms, culture is the way people live, reflected in the language they spoke, food they eat, clothes they wear and the Diety they follow or worship. It expresses the manner in which one thinks and do things.

In other words, culture is the set of knowledge, experiences and behaviours which is commonly shared by a group of people. It is something that a person gains through learning.

Culture includes art, knowledge, belief, customs, traditions, morals, festivals, values, attitudes, habits and so on which are inherited by a person as a member of society. It is everything; an individual achieves as a member of a social group. It can be seen in the literature, music, dance forms, religious practices, dressing style, food habits, ways of greeting others, recreation and enjoyment. Different cultures can be found in different places, as it varies from region to region.

Civilization is described as a process of civilizing or say developing the state of human society, to the extent that the culture, industry, technology, government, etc. reaches the maximum level. The term ‘civilization’ is derived from a Latin term ‘civis’ which indicates ‘someone who resides in a town’.

The term ‘civilization’ is not confined to town; rather it talks about adopting better ways of living, and making best possible use of nature’s resources, so as to satisfy the needs of the group of people. Further, it stresses on systematising society into various groups that work collectively and constantly to improve the quality of life, regarding food, education, dress, communication, transportation, and the like.

Key Differences Between Culture and Civilization

The following points are noteworthy, so far as the difference between culture and civilization is concerned:

Therefore, one should not confuse culture for civilization. However, both are created by human beings and expresses, the way we led our lives. These two gives us the ideas, ideals, values and ways to live a decent and lavish life.

Difference Between Enculturation and Acculturation