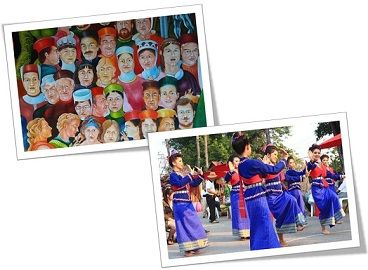 Society is nothing but an organised group of people who live together and are connected with one another. It is not exactly same as culture, which can be understood as the way of living of people living in a particular place or region. Every society has its culture, but they are not the same thing. Although, they cannot exist without each other.

Culture has certain values, custom, beliefs and social behaviour, whereas society encompasses people who share mutual beliefs, values and way of living. This article attempts to shed light on the differences between society and culture in a detailed manner.

The term culture refers to a system of beliefs, customs, knowledge, behaviour, religion, practices, etc., which is commonly shared by a group of people. It is described as the people’s way to live such as their learned behaviour, values, morals, art, law, symbols, lifestyle which they accept completely without any second thought in mind. In general, culture is handed down through the generations, by communication, teaching and imitation. It is considered as the social heritage of the organised group.

Culture is a pattern of responses (thinking, feeling, behaving) developed by the Society for solving problems arising due to the interaction of the group members and the environment.

We define the term ‘society’ as a group of people who share a common lifestyle, territory, behaviour pattern and organisation. It refers to an ordered community, engaged in a continuous social interaction with the members.

In simple terms, society implies the bunch of people who organise themselves and lives together in a particular geographical area and come in contact with each other. The members of the society share common attributes like values, traditions and customs. They also share similar cultures and religion. Each and every member is important to the society, as its existence depends on the members only.

Key Differences Between Culture and Society

The difference between culture and society can be drawn clearly on the following grounds:

As a way to greet people in different countries, the different cultural trait is followed. For instance, in the United States people used to shake hands when they meet someone, in India people join their hands, in Japan and China people bow down from the waist, in Belgium kiss on one cheek is a way to greet someone irrespective of the gender. This is how culture of one society differs from that of another. So it is true to say that different societies have different cultures.

Difference Between Enculturation and Acculturation

Difference Between Trust and Society