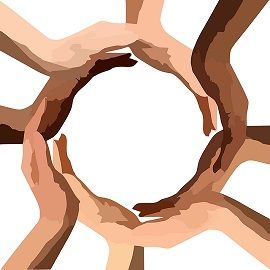 Enculturation refers to that learning process in which an individual comes to know about the rules, customs, skills and values of the society. The word enculturation is commonly juxtaposed with ‘acculturation‘ which refers to the modification of culture of an individual or group, due to the interaction with other culture.

We all know that it is because of the culture we speak, behave, celebrate and express in a specific way. Culture implies a varied set of intangible aspects i.e. features, norms and knowledge, of a specific group of people in a society, including language, beliefs, religious orientation, social heritage, dressing style, hygiene habits, music, cuisine, etc.

An individual adopts culture by way of enculturation or socialization. Socialization indicates the process incorporating the norms and beliefs of the society in one’s life. In this article excerpt, we are going to talk about the differences between enculturation and acculturation.

Enculturation can be defined as the process of learning with the help of which an individual grasps the rules, norms, and values of a particular culture or society of which he/she is a part of. It is what we pick from our external surrounding, to develop ourselves as a part of that surrounding, i.e. to mix perfectly.

In other words, it means the learning and acceptance of characteristics, behaviours, language, rituals, morals and patterns of the culture surrounding us from one generation to another. Here, learning means understanding and acquiring the traditional content of the culture observing the other members of the society, such as parents, family, teachers, friends, acquaintances, relatives, etc., getting instructions from elders, and experiencing things as they take place.

In enculturation the established or prevailing culture influences and teaches the individual or group about the culture to such a level that the target inculcates the cultural norms, values and behaviours. Further, he/she is accepted as a functional member of the society who performs his/her functions and roles in the group.

To be specific, the target will have complete knowledge of what is considered acceptable or not acceptable by society and he would turn as a responsible adult member of the society.

Acculturation simply means an adjustment to a different culture, usually the dominant or powerful one. It refers to the cultural transformation of an individual or a group to adapt according to another culture. In finer terms, acculturation means the cultural contact and interchange process wherein a human being adopts, learns and adjust to some or great extent as per the values, rules, patterns and practices of a new or prevailing culture in the society, which is not their native culture.

Acculturation is primarily found amongst the people who migrate from different countries, who try to incorporate the new culture in their lives. It takes place when people belong to different culture comes into contact with one another, wherein the people adopt traits of a new culture or take part in another culture.

Nevertheless, it is a process of extensive cultural borrowing, between the superordinate and subordinate cultures. The borrowing can be two-way, but usually the less powerful culture borrows traits from the more powerful one.

Further, when acculturation continues for a very long period it turns out as assimilation, wherein the original or native culture of the person or group is forsaken and the new culture comes into being. However, acculturation may also result in separation, integration, marginalization or transmutation apart from assimilation.

Key Differences Between Enculturation and Acculturation

The difference between enculturation and acculturation can be drawn clearly on the following grounds:

Enculturation makes an individual aware of his roles, position and functions in society. Conversely, Acculturation is important for easily adapting oneself to the foreign environment. Due to this reason, acculturation can be seen among the people who are far from their native places.