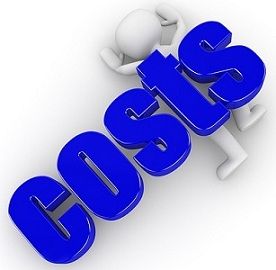 The identification, measurement, and allocation of costs can help to determine the actual profit of the organization. Based on the relationship or degree of traceability to products, the costs are classified into direct costs and indirect costs. The two cost differ in the sense that expenditure which can be identified and allocated to a particular cost object or cost center, i.e. traceable to a particular product in an economically feasible manner, it is termed as a direct cost.

On the other hand, all the costs which are not tied to a particular cost center or cost object, i.e. it is difficult to trace the cost to a single product, so such cost is called indirect cost. When one is working on costs, he/she should have a thorough knowledge of the difference between direct cost and indirect cost. Check out this article to have a clear understanding on the two.

The cost that can be directly attributable to/identified with/ associated with the specific cost center or cost object like a product, function, activity, project and so on is known as Direct Cost. Based on elements, the direct costs are classified into the following parts:

When all these three costs are taken together, they are known as Prime Cost

Indirect cost is those costs that cannot be directly assigned to/related to/identified with a particular cost center or cost object, but they benefit multiple cost objects. It is not possible to calculate them for a single cost object. However, it needs to be apportioned over various products as well as among the different departments of the organization. It includes production, office & administration, selling & distribution costs. The indirect cost is divided into the following categories:

Both direct cost and indirect cost can either be fixed or variable. In short, we can say that direct costs are those which are used in the production of a single unit of a product, but indirect costs occur in the ordinary course of business and they benefit the entire organization, not to a single product or project. So, in this way these two costs differ.