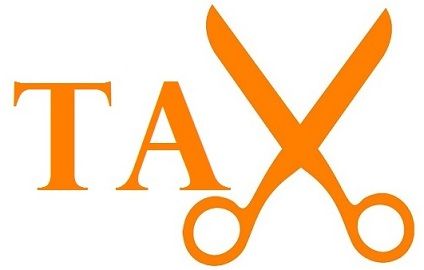 Taxes charged directly on the income or wealth of an individual is called Direct Tax. On the contrary, an indirect tax is a tax that is added to the price of goods and services.

What is a Tax?

Tax is a financial obligation, payable to the government for the cost of living in a society. It is a fee levied by the government of the respective country or territory on income, activities, goods, and services. It is broadly classified into direct tax and indirect tax.

Why Tax is imposed?

The main reason for imposing taxes is that they are the main source of government revenue. Revenue collected by the government is used for the purpose of providing public utility services like defense, education, infrastructure facilities, health care, etc. So, we can say that government imposes taxes to fulfill the socio-economic objective.

In this post, we will talk about the difference between direct tax and indirect tax.

Direct tax is that kind of tax, whose flow is direct, from the taxpayer to the Government. When the liability of tax falls on the same person who has to make payment of it, then the tax is said to be direct. That is to say, the individual on whom tax is levied, also bears the burden of it, in case of a direct tax. Thus such taxes cannot be shifted to another person.

Meaning that it levies according to the paying capacity of a person. And so, the ones who earn more, pay more. In this way, the tax liability on the rich is more in comparison to the poor.

Indirect tax is one whose flow is not direct, i.e. implied, as it flows through others. When the taxpayer is the hands that deposit tax to the authorities, and at each stage, the incidence keeps on shifting until it reaches the ultimate consumer, who actually bears its burden, it is called an indirect tax.

Here, one should note that indirect taxes are not paid by the assessee directly to the government, rather it is imposed on goods and services, which is collected by the intermediaries on behalf of the government and then deposited by them.

These taxes are levied on the price of goods and services when they are produced and sold. So, it is the consumers who consume the product and bears the incidence at the end, but the immediate liability for the payment of tax falls upon the intermediary, i.e. manufacturer or retailer.

As it is not based on the principle of ability to pay, it is regressive in nature, as the burden of tax is borne by each class of people equally.

Previously, there are various indirect taxes that were imposed in India like excise duty, customs duty, service tax, sales tax, entertainment tax, purchase tax, luxury tax, etc. However, with the emergence of the Goods and Services Tax (GST), many indirect taxes were amalgamated into one. And only customs duty continues to levy even after the introduction of GST.

Stages of Imposition of Indirect Taxes

As of now, we have discussed the basics of the two types of taxes, now we will move forward to understand the difference between direct tax and indirect tax:

The different types of direct taxes are: 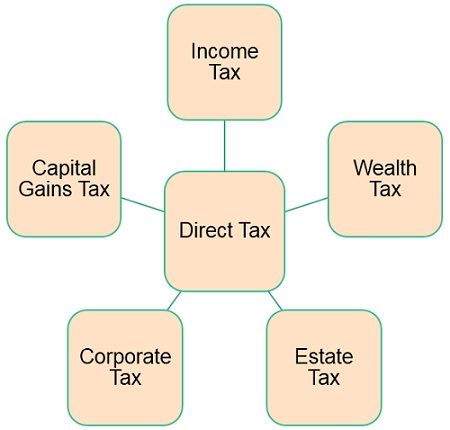 The tax imposed on the income earned by an assessee is called Income Tax. The rate of tax depends on the age and total earning during the previous year. For this purpose, the government introduced different tax slabs, and on the basis of those slabs, one can calculate the amount of tax he/she has to pay in the assessment year. And to do so, the assessee has to file Income Tax Return (ITR) for the concerned year.

Tax on the wealth of the assessee, determined by the property he/she owns and the market value of that property. The tax is paid annually, irrespective of the fact that if the property generates income for the individual or not.

Otherwise called inheritance tax, the tax has to be paid on the estate or money that a person has left for his/her family after he passed away.

Tax to be paid on the income earned on the sale of capital assets and investments. On the basis of the holding period, it is divided into – long-term and short term capital gain.

There are several types of indirect taxes, which are discussed hereunder: 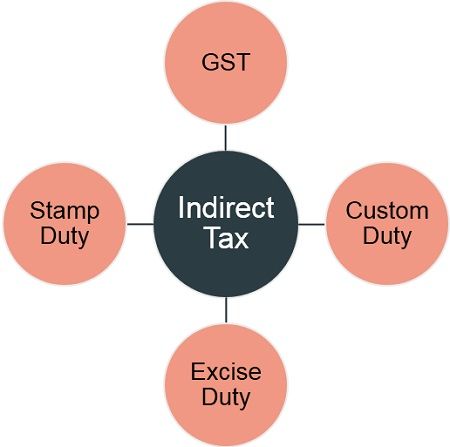 As the name suggests, GST is a single tax imposed on the supply of goods and services. Further, under the GST regime goods and services are treated equally for the purpose of imposition of taxes. The aim is to subsume various indirect taxes, imposed by Central and State Governments.

Customs Duty is imposed on the imports and exports of goods, at a specified rate. It is levied with an aim of reducing illegal import and export of goods.

Duty charged by the government on the production of certain items is called Excise Duty. The liability for the payment of such duty is on the manufacturer of the goods, which is then recovered from the final consumer.

Duty to be paid on the transfer of immovable property within the state is called stamp duty. The duty is charged by the government in whose jurisdiction the property is located.


Advantages and Disadvantages of Direct Tax 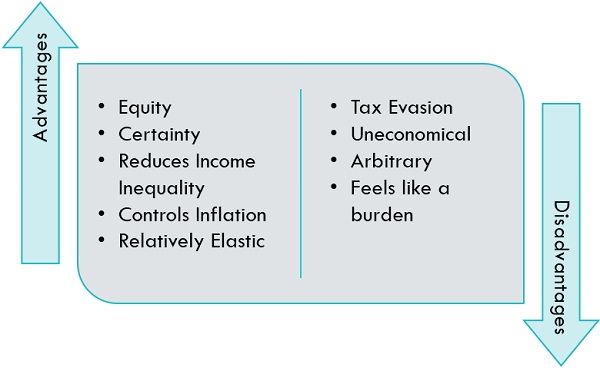 Advantages and Disadvantages of Indirect Tax 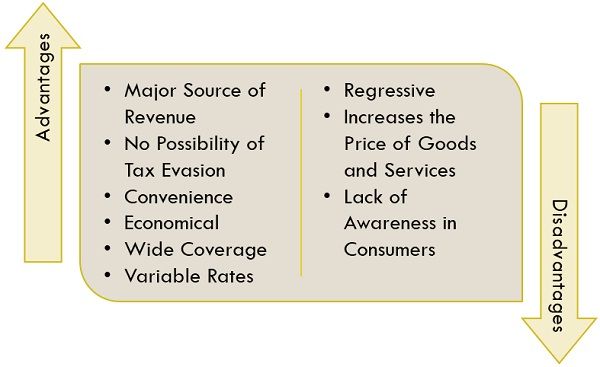 The imposition of taxes is important for the collective welfare of the society and a means for economic development. A good taxation system possesses the following characteristics – equity, certainty, convenience, redistribution, flexibility, encourage investments, etc.

Difference Between Progressive and Regressive Tax

Difference Between Direct and Indirect Speech