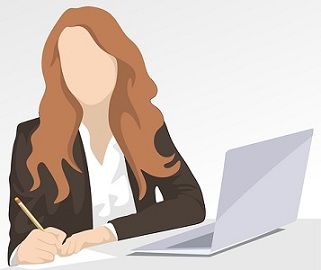 When it comes to hiring a person for performing tasks, there are two options available, before the business person, i.e. employee or independent contractor. An employee is a person who provides services to the employer in exchange for an adequate consideration, i.e. salary. On the contrary, an independent contractor is a person, or an entity, which provides services to the clients for a definite fee.

Making a choice between these two would be difficult as both have their pros and cons. However, if you learn the differences between employee and independent contractor, then the selection is quite easy. These two terms differ in some aspects, like the degree of control, the permanence of relationship, independence, ability to subcontract, the extent to which the work performed is integral to the employer’s business.

An employee is defined as the person who works for the employer on a regular basis, in return for a fixed remuneration called salary. The terms and conditions of the employment are described under a contract known as a contract of employment. The contract can be oral or written, express or implied. The organisation has full control over the work of the employee, i.e. what, how, when is to be done.

There is a complete process for hiring employees known as recruitment process. The work of the employee can be part-time, full-time or even hired temporarily by the employer. The employee is hired for a specific job, and each job has its own tasks, duties, responsibilities and authorities. They are paid monthly salary, on the basis of their qualification, experience, skills, performance and position.

An independent contractor is a neutral person, i.e. a consultant, lawyer, accountants, engineer or any other professional degree holder, who provides services, either to the client/principal or to a third party on behalf of the client, as per the terms of the contract between the contractor and the principal. They are paid on a freelance basis.

The points given below are noteworthy, so far as the difference between employee and independent contractor is concerned:

Therefore, merits and demerits are associated with both the employee and independent contractor. Before, coming to a decision, first, realise what are your requirements and expectation, after that choose the right person for the task. The cost for maintaining employees is higher than independent contractors because of the need to pay.

Difference Between Salary and Stipend

Difference Between Salary and Wages