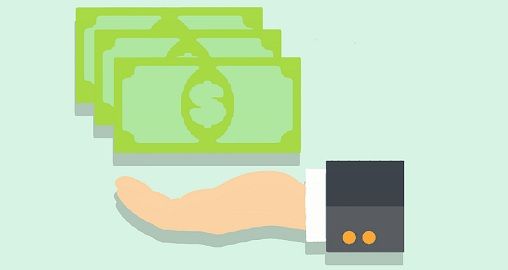 Gross Salary refers to the total salary received by an employee during a particular financial year, for his/her contribution to the organisation. It is not just the basic salary but also includes the incentives and fringe benefits. There are a number of instances when gross salary is misconstrued with CTC, but there is a thin line of demarcation amidst the two.

CTC expands to Cost to Company, can be understood as the amount that the company spends on an employee during a particular financial year.

Compensation may be described as the remuneration paid by the employer to the employee for the services rendered by him/her to the organisation. It plays a crucial role in any employee’s life because there are many things which rely on it, like the standard of living, loyalty, productivity, etc. Besides employees, compensation is important for employers too, as it contributes to the cost of production.

In this regard, here we are going to explain the difference between gross salary and CTC, for better understanding.

The term salary can be described as the monthly pay received by an employee on account of the services provided by him/her to the company. Gross Salary refers to the actual amount, that an employee receives, prior to any deductions. It is an individual’s income in one year while he/she is working with the employer.

The gross salary may differ from employee to employee, on the basis of their salary band, nature of job, industry type, merit and seniority.

CTC is an abbreviation for the cost to company, which connotes the total amount spent by the company on a particular employee, during a particular financial year. In other words, the amount invested by the employer on recruiting and retaining employee’s services is termed as CTC.

The cost to company does not amount to basic salary but is the entire salary package which an employee receives. It is an aggregate of various incentives, allowances, perquisites and employer’s contribution towards Provident Fund (PF) and Employee’s State Insurance (ESI).

Indirect benefits imply the amount paid by the employer on behalf of employees such as food coupons, rent free accommodation, interest-free loans, company car, etc. Lastly, savings contribution alludes to the sum invested by the employer on savings scheme, for the benefit of employees such as Gratuity, Employees Provident Fund, Superannuation Fund.

The difference between gross salary and CTC are presented in detail hereunder:

To sum up, it can be said that the difference between these two terms lies in the components covered. At present, most of the company ask previous CTC to the candidates while hiring them, so as to know the overall cost incurred by the company on that employee.

Difference Between Salary and Wages