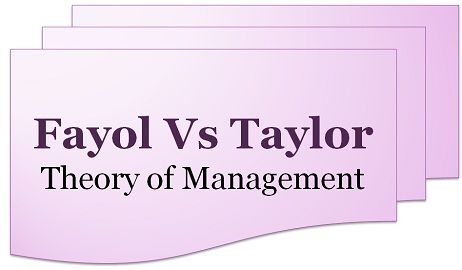 In this article, you can find out the difference between Fayol and Taylor theory of management.

Henry Fayol, renowned as ‘father of modern management theory’, as he introduced comprehensive thinking on management philosophy. He put forward general management theory that applies to every organization equally and in every field. The principles of management laid down by Fayol are used by managers to coordinate the internal activities of the company. 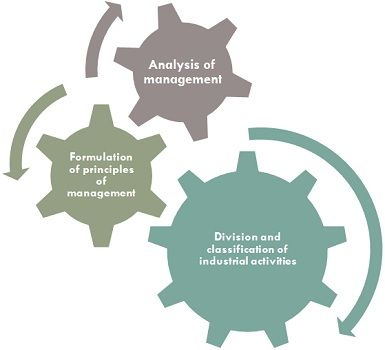 Fredrick Winslow Taylor, or F.W. Taylor popularly known as ‘father of scientific management’ who with the help of experiments proved that scientific methodology could be applied to management. A scientific process comprises of observations, experiments, analysis and inferences, which Taylor wants to apply in management to develop a cause and effect relationship.

Taylor’s primary concern was management at the supervisory level and gave much stress on the efficiency of workers and managers at an operational level. Scientific Management is just a mental revolution for both employer and employees, which consist of the following principles:

Key Differences Between Fayol and Taylor’s Theory of Management

The difference between Fayol and Taylor’s Theory of Management, are explained in the points presented below:

Both the management thinkers have an immense contribution in the field of management, which is not contradictory but complementary in nature. While Henry Fayol is an ardent proponent of the unity of command, F.W. Taylor is of the opinion that it is not substantial that under functional foremanship, an employee receives orders from multiple bosses.