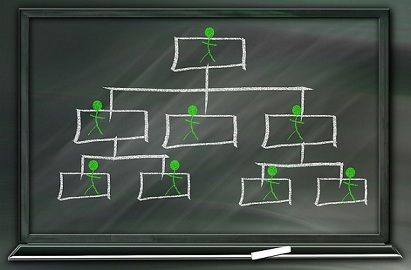 By the term formal organisation, we mean a structure that comes into existence when two or more people come together for a common purpose, and there is a legal & formal relationship between them. The formation of such an organisation is deliberate by the top level management. The organisation has its own set of rules, regulations, and policies expressed in writing.

The basic objective of the establishment of an organisation is the attainment of the organisation’s goal. For this purpose, work is assigned, and authorities are delegated to each member and the concept of division of labour and specialisation of workers are applied and so the work is assigned on the basis of their capabilities. The job of each is fixed, and roles, responsibilities, authority and accountability associated with the job is clearly defined.

In addition to this, there exists a hierarchical structure, which determines a logical authority relationship and follows a chain of command. The communication between two members is only through planned channels.

In an informal organisation, there are no defined channels of communication, and so members can interact with other members freely. They work together in their individual capacities and not professional.

There is no defined set of rules and regulations that govern the relationship between members. Instead, it is a set of social norms, connections, and interaction. The organisation is personal i.e. no rules and regulations are imposed on them, their opinions, feelings, and views are given respect. However, it is temporary in nature, and it does not last long.

The difference between formal and informal organisation can be drawn clearly on the following grounds:

Difference Between Formal and Informal Communication

Difference Between Organization and Institution