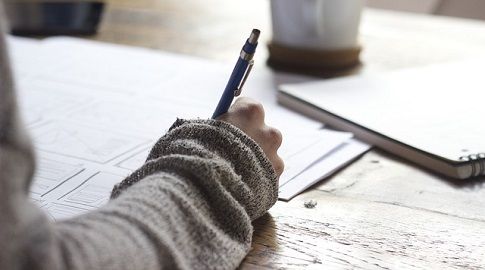 When writing a letter, the writing style plays a very important role, especially when the letter is addressed to some respected or high-value person. There are two writing styles, i.e. Formal Writing and Informal Writing, wherein a formal piece of writing is one that must be clear, properly framed and well organised. On the other hand, Informal Writing is often understood as casual writing, which uses colloquial language.

Our choice of the form of writing mainly depends on the fact – to whom we are writing to? Secondly, the matter we are going to discuss in our write up also decides the writing style, because if we are writing on a serious matter, then an informal way of writing will not be considered suitable in that case. So, in this article, you will get to know the details of these two writing styles along with its do’s and don’ts.

A formal piece of writing is used when we do not have any idea of the person, or when we know the person but haven’t exchanged words, or we are not having familiar terms with the person who receives the letter. Here, we use formal language which indicates dignified and deferential regard for the reader. It is used when writing for academic, professional and legal purposes.

Formal Writing is a bit difficult as we have to consider some important points are to be kept in mind with respect to:

The informal style of writing is one used for personal and casual conversation, wherein friendly and colloquial language is used. In an informal writing style, personal and emotional tone is used, and the reader is directly referred by the words ‘you’ or ‘your’. It is used when writing personal emails, text messages, letters to friends and family etc. It is a direct form of writing which uses:

The differences between formal and informal writing can be drawn clearly on the following grounds:

Both formal and informal writing is used in our day to day life but in different situations. We just need to think about the reader and the topic of your discussion, before choosing the writing style. When the topic is quite serious and objective, the formal writing style is suitable. It is also used when the write up is addressed to some respectable person or institution.

On the other hand, informal writing is best suited when you are communicating with your family, friends and acquaintances. Further, if the matter of discussion is not very serious, then also informal writing can be used, subject to, you are comfortable with the reader, in talking informally.

Difference Between Formal and Informal Communication

Difference Between Formal and Informal Organization