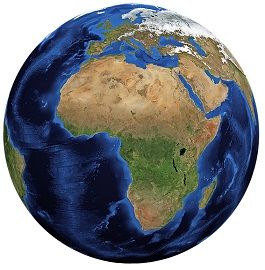 The disciplines, Geography and Geology often sound similar, as they both studies the Earth, however, the subject matter of both the two are completely different. As the former is concerned with the Earth, its environment and inhabitants, the latter talks about the Earth and its history.

Geology is nothing but Geoscience, i.e. the science which is concerned with the physical structure, substance, evolution and dynamics of the Earth. It also studies those processes which resulted in its structure. For this purpose, the rocks are surveyed, to disclose the Earth’s history.

In contrast, Geography is the science which gives you the description of the Earth, as the home of inhabitants. Its subject matter of study is landscapes, properties, places, living organisms, environment and phenomena of the Earth which vary over space. Now, let’s take a look at the article given below, which talks about the difference between geography and geology in detail.

Geography is the field of study which is concerned with the physical properties of the Earth, its places, spaces, environment and human activity, which influences and is influenced by it. The essence of Geography is the study of various places, biophysical processes and its characteristics, distribution of population across space, the relationship between living organisms and their environment.

A Greek polymath Eratosthenes coined the word geography for the very first time. The word is originated from two Greek terms ‘geo’ and ‘graphos’ which means Earth and description respectively. It seeks to find out the cause and effect relationship amidst any two phenomena.

There are two branches of geography, given hereunder:

Geology can be defined as that multi-disciplinary science which studies the Earth, i.e. the physical substance or material that constitutes the mother Earth. It also describes the composition and components of those materials, the processes which formed the material and the structure, the water flowing over the surface and present underground.

In addition to the above, Geology encompasses the research of those organisms that live on the planet and that lived earlier. It also surveys, how the Earth’s compositions, processes and organisms have undergone change, with the passage of time and predicts the changes that will take place in the future.

The solid characteristics of any planet or satellite are also the subject matter of Geology. It has certain tools which ascertain the ages of the rocks located in a specific region and also explains the history of those rocks. It provides the history of the Earth with adequate facts and proofs, by supplying the pieces of evidence of Plate Tectonics, the evolution of life and the past climate. Basically there are two branches of Geology:

Key Differences Between Geography and Geology

Upcoming points will discuss the differences between geography and geology:

The study of Geology is important to make new researches about the Earth’s history and evolution and gather more knowledge about the world that surrounds us. On the other hand, the study of Geography will help in knowing about different places, spaces, and the relationship between inhabitants and the environment in a particular area.

Difference Between Latitude and Longitude