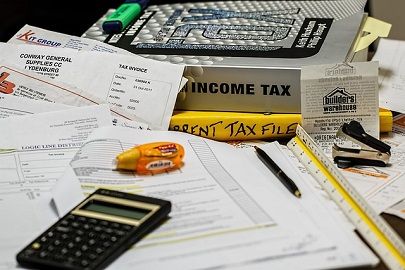 Most of the people have no idea about the income on which tax is levied and due to which they face trouble in ascertaining their taxable income and filing their return. As per the Income Tax Act, a person can earn income from different sources and these sources, are categorised as heads of incomes. In the context of income tax, the terms gross total income and total income are often used, wherein gross total income is the aggregate of income calculated under the five heads.

On the other hand, total income is the income on which income tax to be levied is calculated. In this article, we are going to talk about the difference between gross total income and total income, along with the step by step process of income tax calculation.

Gross Total Income or GTI refers to the sum of the income calculated under each head of income, i.e. salary, house property, business or profession, capital gains and other sources, once you provide for clubbing of income and set off and carry forward of losses. The steps to calculate gross total income are given as under:

With the above discussion, one thing must be clear to you that tax is always applicable on the total income of the assessee, calculated with a step by step process, wherein first of all Gross Total Income is determined and after which deductions are made to reach the total income figure. So, we can say that: TI = GTI – Deductions.

Difference Between Deduction and Exemption