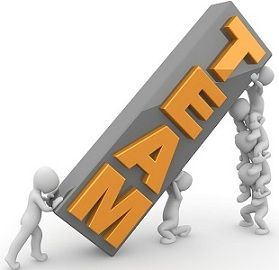 Nowadays, group or team concept is adopted by the organization, to accomplish various client projects. When two or more individuals are classed together either by the organization or out of social needs, it is known as a group. On the other hand, a team is the collection of people, who are linked together to achieve a common objective.

Most of the work in a business entity is performed in groups. Although the individual personality of an employee is important, their effectiveness depends on the teams in which they are working collectively to achieve any objective. In a particular team, there can be several groups in which the group members individually help their leader to accomplish the goals. Below you can see the difference between group and team in an organization, explained in tabular form.

A group is an assemblage of persons who work, interact and cooperate with one another in achieving a common goal in a specified time. The identity of the group members is taken individually. The members share information and resources with other group members.

In an organisation, the groups are made on the basis of common interests, beliefs, experience in common fields and principles, so that they can easily coordinate with each other. There are two kinds of groups:

A group of people who are joined for achieving a common goal within a stipulated period, having collective accountability is known as the team. The agenda of the team is “one for all and all for one”. Apart from sharing information, the team members also share the responsibility of the team task. The team is always responsible for the outcome (i.e. Result of the collective efforts of the team members).

The team members have a mutual understanding with other members. They work jointly to maximise the strengths and minimise the weakness by complementing each other. The most important feature of a team is “synergy” i.e. the team can achieve much more as the members can achieve individually. The three key features of team functioning are:

Key Differences Between Group and Team

The difference between group and team in the workplace can be drawn clearly on the following grounds:

A team is qualitatively different from a group. A team plays a very vital role in the life of the members. The team members as it motivates the members for working creatively and actively participating in the team tasks. Moreover, a team stimulates the members to work for/with one another in an achieving an objective.

The Group is also not less; the group also helps the members in developing a sense of conformity between the members and respect the group values. It increases their resistance to change. Above all, the power of a group is always more than an individual.

Difference Between Goals and Objectives

Difference Between Coordination and Cooperation

Difference Between Debate and Group Discussion