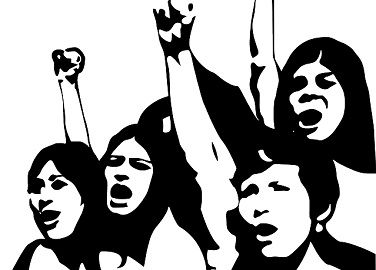 A political party may refer to a voluntary organised group of dedicated individuals with similar political ideology. They nominate the candidate, contest elections and win power over the government. It is commonly juxtaposed with pressure groups which imply a collection of like-minded people, who come together to promote and defend a common objective, by continuously striving to influence the decision of the government.

Read out this article to get an insight of the difference between pressure group and political party.

Pressure Group can be defined as the non-profit, voluntary organization, wherein the members have the certain objective in common, for which they attempt to persuade the government, so as to attain that particular objective. The group represent the point of view of the people who are not happy with the present policies of the government. Thus it promotes, debates, discusses and mobilizes opinion of the public on various matters.

Pressure Groups are not in alignment with any political party, but they have the power to influence the government decision. These are formed to express the shared values and beliefs of a large group, as well as to affect change within the government. Indeed, these give an opportunity and a voice to that class of people who remain underprivileged. Consequently, the democratic process is strengthened.

Pressure Groups take resort to agitational measures to achieve their objectives, which include marches, petitions, processions, demonstrations, fasts, strikes, and even boycott. These groups also write to the media, issue press releases, organize debates and take part in discussions, etc.

A political party is described as an association of people having common political perspective, principles and aims, concerning the political system.

It acts as a political unit that use the voting power to gain control over the government, lay down the policies and put the ideology into practice. For this purpose, various constitutional methods are employed by the parties to gain control. When the party wins elections and comes into power, it translates the objectives so declared by it into the public policies.

The points given below are substantial so far as the difference between pressure group and political party is concerned: