The fundamental difference between histogram and bar graph will help you to identify the two easily is that there are gaps between bars in a bar graph but in the histogram, the bars are adjacent to each other.

Bar Graph and Histogram are the two ways to display data in the form of a diagram. As they both use bars to display data, people find it difficult to differentiate the two.

In statistics, Histogram is defined as a type of bar chart that is used to represent statistical information by way of bars to show the frequency distribution of continuous data. It indicates the number of observations which lie in-between the range of values, known as class or bin.

The first step, in the construction of histogram, is to take the observations and split them into logical series of intervals called bins. X-axis indicates, independent variables i.e. classes while the y-axis represents dependent variables i.e. occurrences. Rectangle blocks i.e. bars are depicted on the x-axis, whose area depends on the classes. See figure given below: 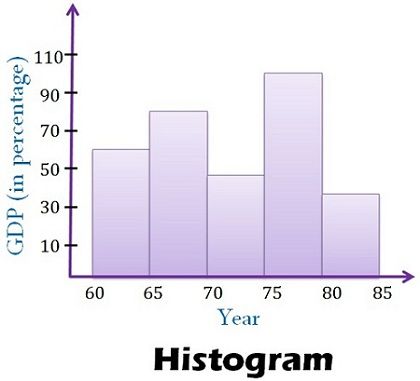 A bar graph is a chart that graphically represents the comparison between categories of data. It displays grouped data by way of parallel rectangular bars of equal width but varying the length. Each rectangular block indicates specific category and the length of the bars depends on the values they hold. The bars in a bar graph are presented in such a way that they do not touch each other, to indicate elements as separate entities.

Bar diagram can be horizontal or vertical, where a horizontal bar graph is used to display data varying over space whereas the vertical bar graph represents time series data. It contains two axis, where one axis represents the categories and the other axis shows the discrete values of the data. See figure given below: 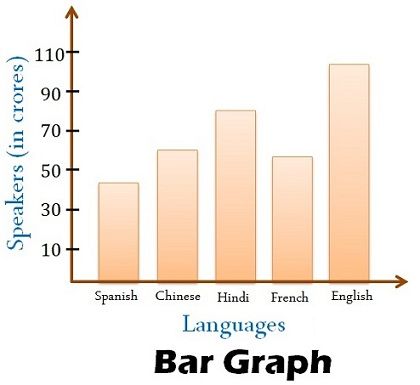 The differences between histogram and bar graph can be drawn clearly on the following grounds:

Prima facie both the two graphs seem alike, as both bar graph, and histogram has an x-axis and y-axis and uses vertical bars to display data. The height of the bars is decided by its relative frequency of the amount of data in the element. Moreover, skewness does matter in histogram but not in the case of a bar graph.

Differences Between Skewness and Kurtosis

Difference Between Discrete and Continuous Variable

Difference Between Variance and Standard Deviation

Difference Between Classification and Tabulation