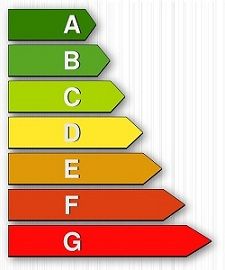 After the collection of data is completed, it is prepared for analysis. As the data is raw, it needs to be transformed in such a way, that it is appropriate for analysis. The form of data, highly influences the result of analysis and so, to get positive results, the data preparation should be proper. There are various steps of data preparation, which include editing, coding, classification, tabulation, graphical representation and so on.

For a layperson, classification and tabulation are same, but the fact is they are different, as the former is a means to sort data, for further analysis while the latter is used to present data.

Classification refers to a process, wherein data is arranged based on the characteristic under consideration, into classes, or groups, as per resemblance of observations. Classification puts the data in a condensed form, as it removes unnecessary details that helps to easily comprehend data.

The data collected for the first time is raw data and so it is arranged in haphazard manner, which does not provide a clear picture. The classification of data reduces the large volume of raw data into homogeneous groups, i.e. data having common characteristics or nature are placed in one group and thus, the whole data is bifurcated into a number of groups. there are four types of classification:

Tabulation refers to a logical data presentation, wherein raw data is summarized and displayed in a compact form, i.e. in statistical tables. In other words, it is a systematic arrangement of data in columns and rows, that represents data in concise and attractive way. One should follow the given guidelines for tabulation.

Key Differences Between Classification and Tabulation

The paramount differences between classification and tabulation are discussed in the points given below:

When the collection and verification of data is completed on the basis of homogeneity and consistency, it needs to be summarized and presented in a clear and compact manner which highlights the relevant features of data. Both classification and tabulation, enhances the readability and attractiveness of data, by presenting it in a mannner that looks more appealing to the eyes.

Difference Between Rows and Columns

Difference Between Data and Information