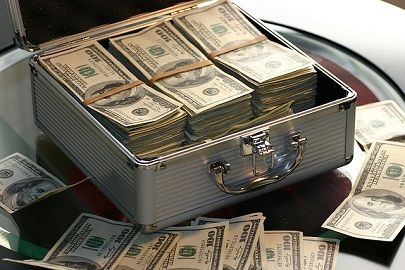 While income is generated, wealth is created, there is a big difference between two. Many think that these two terms are one and the same thing, but in reality, income is a stream of money, which a person receives from different sources such as salary, rent, profit, interest etc., that helps in the creation of wealth and wealth is the total market value of all the assets possessed, stored or saved by a person for future use.

We define income as the monetary return that accrue/arise or is expected to accrue/arise at fixed intervals from certain sources. It is an amount of money, which a person gets, receives or earns, either through investing capital or through providing goods or services. It is the fundamental requirement of an individual, household or business to finance routine expenses. The sources of income can be:

In accounting terminology, income is net of revenue, i.e. revenue less all expenses and taxes. Moreover, while the calculation of taxes, income covers only revenue receipts and includes those incomes also which do not arise on a regular basis, such as winning from lotteries, horse races or crossword puzzles.

Wealth denotes the current market value of total assets owned by an individual, society, company and country. It is the sum of all tangible and intangible assets, an entity possesses, that can be exchanged for money including savings, investments, real estate, cash and other valuable items less all liabilities.

GDP (Gross Domestic Product) is the most common measure to find out the wealth of the country while the wealth of individual can be determined through their Net Worth.

In economics, the term ‘wealth’ refers to the aggregate of all assets of a firm, household, government, etc. , that generates income or is capable of generating income in future. It takes into account human capital and natural resources, rather than money and securities. Economic wealth can be divided into two categories, i.e. monetary wealth and non-monetary wealth.

Key Differences Between Income and Wealth

The differences between income and wealth can be drawn clearly on the following grounds:

Therefore, income is something that a person gets in return for the work performed or money invested by him. On the other hand, the wealth of a person is something that helps him/her to survive for some days without working. Income is the only source that can help in the creation of wealth, so it can be said that income yields wealth.

Difference Between Gross and Net Income

Difference Between Sales and Revenue