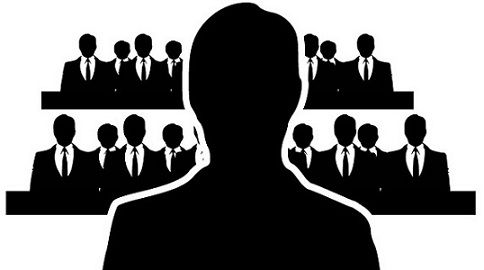 In Human resource management, the term induction can be defined as the introduction of the newcomer to their job. It is not exactly same as an orientation, which provides basic information about the employer organisation to the fresher.

Induction and Orientation are the two programs designed to provide new joined with the information they require to function comfortably and efficiently in the organisation.

As the programs take place in the initial days, when the new hires join the organisation, it is quite hard for people, to differentiate the two. However, there exist a fine line of differences between induction and orientation, which is described in this article in a detailed manner.

Welcoming new hire to the company is induction. It is a well-planned program to socialise the new joinee with the co-workers and the workplace. The term induction is derived from a Latin term ‘inducere’ which refers ‘to bring or introduce’. In this process, a person is formally admitted to the company as an employee, to take charge of a particular post.

In short, it is a process of introducing an employee that takes place on the day when he joins the organisation and provided with basic information needed to adjust as soon as possible in the new organisation to gain maximum efficiency in the minimum time. The process helps in making a positive first impression on the new recruits that they belong to the company.

Under this process, the employee is made aware of the organisational hierarchy and a review is given in the firm’s history. The overview is related to the company’s mission, vision, values, policies, norms, history of the employer, clients and partners, dress code and so on.

The objective of the program is to remove the anxiety and fear from the minds of the new hires. It is quite a known fact that employees feel anxious when the first join an organisation, they worry about how they will be able to perform the new job. Many employees feel inadequate because they compare themselves with more experienced employees. The orientation program aims at reducing the anxiety of new employees by giving them the necessary information regarding job environment, by introducing them to other employees.

Some common topics included in the employee orientation program are:

Key Differences Between Induction and Orientation

The difference between induction and orientation can be drawn clearly on the following grounds:

The induction and orientation program may differ from organisation to organisation, but their whole-sole aim is just to facilitate smooth rehabilitation of the employee into the new organisation. The program helps to build up trust, confidence, morale and a sense of belongingness in employees towards the organisation. So that, he will give his best to the organisation.

Difference Between Internal and External Recruitment

Difference Between Training and Development

Difference Between Recruiting and Staffing

Difference Between Training and Education

Difference Between Orientation and Onboarding